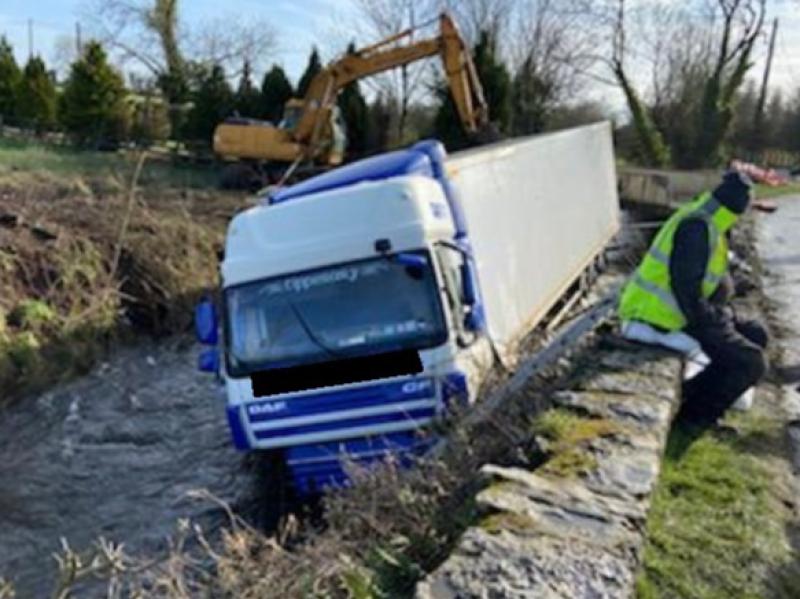 The incident occurred at around 1am this Wednesday

A TRUCK crashed through a wall into a river at a bad bend between Knocklong and Hospital in the early hours of this morning.

There were no serious injuries as a result of the accident which occurred around 1am.

Cllr Ger Mitchell said the lorry was coming from the Knocklong side.

"It went straight at the bend. It went through the wall and into the river. Thanks to be God the wasn't a car coming against it and that the lorry driver is OK. We are very lucky," said Cllr Mitchell.

While the road has since re-opened, a stop/go system has been put in place as repair works are expected to take a number of weeks.

⚠️ Roadworks Notice: One way operation on the R513 at Knocklong village from Thursday 27th February to Friday 13th March 2020

The cause of the accident is unknown however icy conditions were reported on roads overnight.