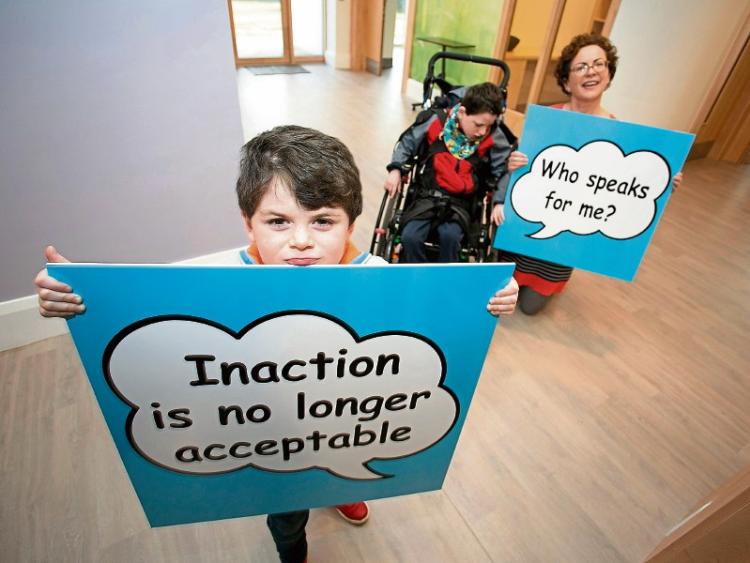 “IT was just really inhumane. We have really struggled since.”

Martina Shanahan, whose son Martin has quadriplegic cerebral palsy, said the respite house for children with life-limiting disabilities could offer much-needed assistance to families. The facility, adjacent to Mungret Park, which was built a year ago, cost €2.9 million.

These were the words of a mother who struggled to hold back the tears as she spoke to a number of general election candidates, calling for funding for the St Gabriel’s Children’s Respite House, which remains unopened since it was completed a year ago.

Without the facility, children in need of overnight respite care have nowhere to stay outside of Dublin. This can be especially difficult in emergency situations, as the Shanahan family discovered first hand when their other son Neil fell from a city centre hotel balcony in 2016.

Read also: Special school in Limerick to lose nurse due to 'lack of HSE funding'

“He fell 20 metres, six floors, and broke every bone in his body, had significant injuries and we nearly lost him. He spent six weeks in Temple Street Children's Hospital. During that time, in Temple Street, in intensive care and in a high dependency unit, I had to have Martin with me. I had to have him in the hospital.

“They said he was at risk of pneumonia and we needed to find an alternative. There was nothing. Nowhere for him to go.”

Martina says that if St Gabriel’s was open, it would provide much-needed help in situations like this.

“I am very grateful to Temple Street, they have done so much for our family. But it was just really inhumane. We have really struggled since. I didn’t get a day of respite. We have had no break. We have had absolutely nothing. It hurts me that this is still closed.”

The facility, which comprises six beds, would add 2,184 new respite bed nights to the Mid-West.

Cllr Collins called on government candidates to come clean on the impact of the chronic Children’s Hospital overspend after it emerged there is no funds to open St Gabriel’s.

“There is now irrefutable evidence that, despite all the government denial and spin, that the now estimated €2bn overrun on the National Children’s Hospital is impacting on every corner of the country.

“It’s utterly indiscriminate as it’s clearly impacting on the most vulnerable as well,“ said Cllr Collins

Maria Byrne also gave her support to the centre.

“I want to see this respite home open. I will be putting the pressure on. I will do everything in my power to see it open,” she added,

The HSE locally has granted one-off funding in 2019 to appoint a manager and to buy essential equipment at a total of €195,000 but this is just 15% of the overall €1.3m cost of operating the centre for a full year.