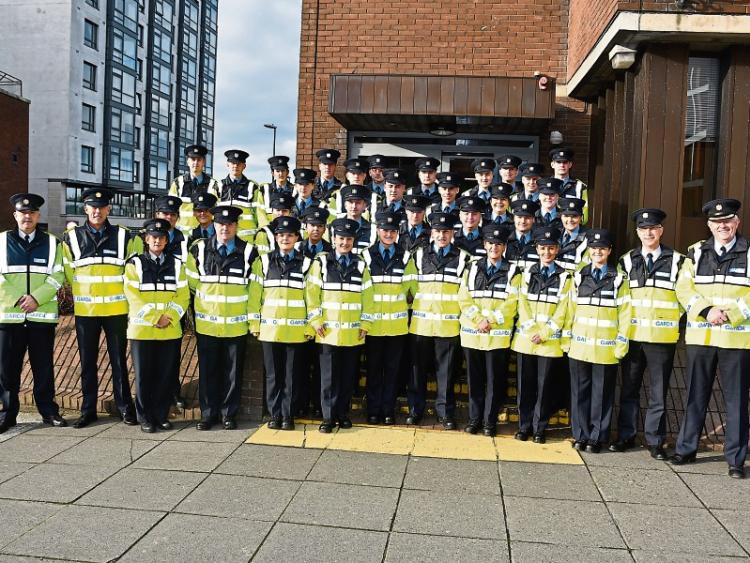 Chief Supt Gerry Roche, right, pictured with senior Henry St staff and the 32 probationers who will be assisting with policing in Limerick this Christmas

THE head of the Limerick garda division says additional resources are to be allocated to the Roads Policing Unit for the remainder of the year in an effort to prevent further fatalities on Limerick roads.

Chief Superintendent Gerard Roche was speaking this week following the arrival of 32 probationer gardai to Limerick to assist in policing during the busy Christmas period.

“We will be using these resources to increase the capacity of our Roads Policing Units. We have had 12 lives lost on our roads this year, 12 too many. I hope that by increasing our checkpoints and our speed checks, we will not have to suffer any more loss of life,” he said appealing to motorists not drink and drive over the festive period.

“There will also be an emphasis on early morning checkpoints. If you feel like you may still be over the limit the next morning, don’t take the risk by getting behind the wheel. In general, traffic will increase in the city and I would ask that where possible, people avail of public transport,” he added.

Four of the probationer gardai, who arrived this week, be permanently assigned to Henry Street station from early in the new year.