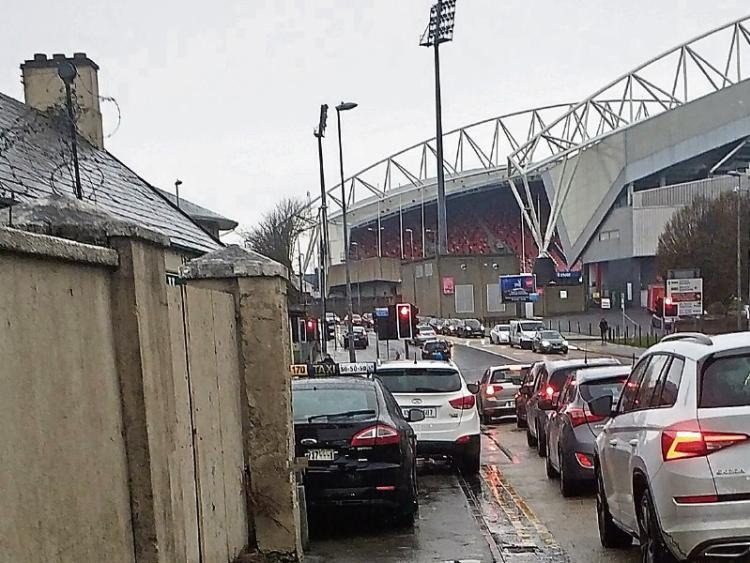 A NEW Twitter account is highlighting instances of cars blocking footpaths - and the consequences it is having for Limerick City.

The account, @LKBlockers, has amassed over 100 followers in just over two weeks, and it tweets instances of obstructive parking around Limerick city.

“We make it so easy to travel by car, why else would you choose any other form of transport? Public transport plays second fiddle to cars,” he stated.

“The sustainable travel hierarchy should be pedestrians first, cycling second, public transport third and motor traffic such as private cars towards the bottom.”

In terms of tacking the problem, Mr Naughton acknowledges there have been tentative steps to tackle the problem, but not enough is being done.

Fantastic to see action being taken after the below was highlighted by one of our followers and for all that worked to get this moved @IrishPedestrian @jamesjcollins @elisaodonovan @BrianLeddin @ConorSheehan93 pic.twitter.com/MPiJOVqdd4

“I’ve seen wardens walk past illegally parked cars because it's not in their “patch”, which is totally wrong. Are people put off by fines anymore? Is there anything there to force them to pay?”

One solution floated by Naughton is towing or clamping obstructing vehicles, but Naughton noted, “there have been some objections to that too; some will say we’re forcing people out of the city, but we need to get a handle on it.”

In a tweet published on November 21, tagging Limerick Council and Garda Traffic, Limerick Blockers said, “Understaffed or unmotivated, it doesn't really matter. When something happens it will be your fault.”

We need to get away from the mindset that we can inconvenience others that use our footpaths” a tweet from the account read on November 12.

Mr Naughton stated “once it goes past 5pm on a weekday it’s a free for all, and on Sundays, there is a culture and a mentality of parking wherever you want.”

“Some heavy-handedness is needed to tackle the issue” Naughton said; “The current system isn’t working.”