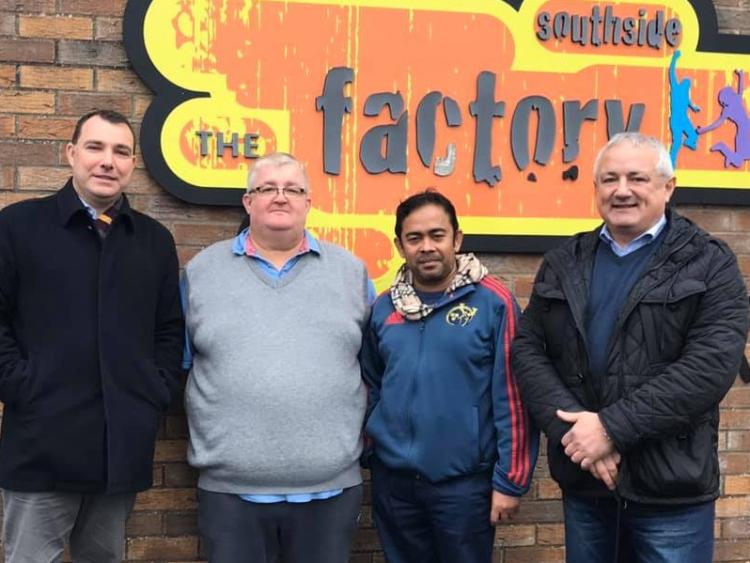 LIMERICK City and County Council officials have confirmed that a major community facility in the southside is to remain open, following weeks of public resistance.

However, he has said on social media that council officials are looking to sell the building, and the future of the service is subject to the proposed purchaser and the Limerick Youth Service who operate the premises.

Last month, there were mounting fears over the closure of the Southside Factory in Galvone was to close its doors for good after nine years of service to the community.

A protest was due to be held this Friday, but has been cancelled following the announcement, Fianna Fail councillor James Collin said.

He said that his party colleague, Cllr Catherine Slattery “has been working hard” in collecting signatures and is to hand a petition to City Hall on Friday morning.

“It is an essential community facility that provides a vital service to numerous groups and is used by so many people every week.”

We have been informed that the Factory Youthspace is now staying open. This is great news for the youth of Limerick. Myself and Cllr. Catherine Slattery have been working tirelessly for the last number of weeks to achieve this result. pic.twitter.com/zeTVdRRMBy

“I visited today [Thursday] to meet with the people working there to hear at first hand the real issues behind the proposed closure.

“The council should not be allowed to sell the factory building until an acceptable and suitable alternative facility is provided to cater for the local community,” he said.