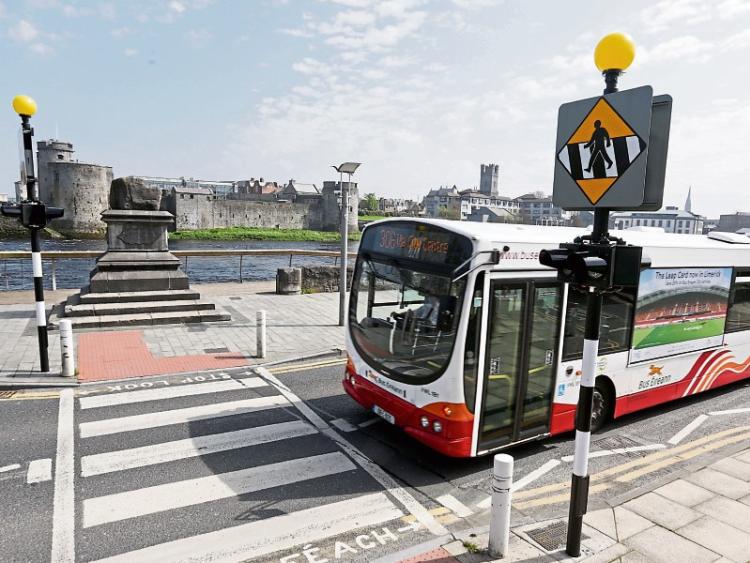 THE National Bus and Rail Union has called for a dedicated Garda Public Transport Division to be established immediately, following a number of serious incidents in Limerick and across the country on Halloween night.

According to reports, large crowds of students at the University of Limerick resulted in buses being redirected after 8pm.

Incidents involving the throwing of fireworks, eggs, and stones also led to buses services being cancelled in O’Malley Park, Ballynanty and Carew Park.

Speaking on behalf of the National Bus and Rail Union, general secretary Dermot O’Leary said, “The withdrawal and/ or curtailment of public transport services because of the loutish behavior we are witnessing on an almost daily basis is patently not fair on the hundreds and thousands of law-abiding citizens that use these services.

“The NBRU will continue to monitor the anti-social behaviour and downright thuggery that has become pervasive across bus and rail services. The spectre of service withdrawals, similar to those withdrawn on Halloween, looms large over our transport system. We are now calling on all politicians, from all parties and none, to insist that this Government acts before it’s too late

“The NBRU has been campaigning for a Garda Public Transport Unit to be established for some time, the Government, both Ministers Ross, and Flanagan, should heed the concerns of public transport workers and not allow for the appalling vista of someone suffering serious injury or worse before action is taken”

Elsewhere in the country a female driver in Cork was threatened with rape, and had to lock herself into the cab of the bus as youths kicked on the door. The incident occurred on Thursday evening on the 220 service at Carrigaline. It was also reported that in Ashbourne in Co Meath, a large firework exploded inside the open door well of a bus.