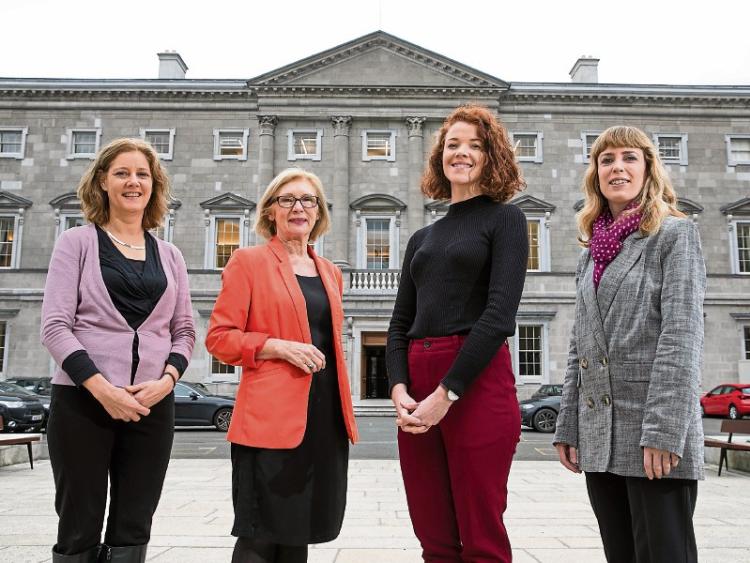 A UNIVERSITY of Limerick PhD student who is carrying out research into homelessness, was hosted at Leinster House last week to ‘shadow’ a Limerick member of the Oireachtas.

As part of the Irish Research Council’s Oireachtas Shadowing Scheme, Branagh O’Shaughnessy partnered up with Limerick City TD Jan O’Sullivan for the day.

The scheme sees some of Ireland’s most promising researchers ‘shadowing’ members of the Oireachtas.

The scheme was developed by the Irish Research Council to bridge the divide between policy-making and research, and to ensure that elected representatives are supported to tap into publicly-funded research.

Branagh O’Shaughnessy’s research focuses on the empowerment of homeless services’ users as a means to reduce institutionalization, increase community integration, and foster successful exits from homelessness. Deputy O’Sullivan,  Labour Party Spokesperson on Housing and Local Government and a former Minister of State for Housing and Planning, said: “Branagh O’Shaughnessy is conducting valuable research into the area of homelessness, which is particularly relevant to societal challenges at present.

“Her work underscores the vital link between strong evidence-based research and the policy-making process which takes place in Leinster House.”

“My research has strong relevance to her work as a spokesperson on Housing and a former Minister of State for Housing.

“I’m looking forward to briefing her not only on my own and other research in this area, but also on the challenges and opportunities facing the wider research sector.” Dr Eavan O’Brien, Assistant Director of the Irish Research Council, said: ”Every year, the Irish Research Council makes new awards to hundreds of talented researchers, working on topics ranging from climate change and housing to conflict resolution and health.”

“TDs and senators may sometimes be unaware of the full breadth and potential of Ireland’s research sector, while researchers may not always see an immediate link between their work and the impact that it has on the development of new policies and laws,” she said, “our shadowing scheme aims to bridge that divide.”