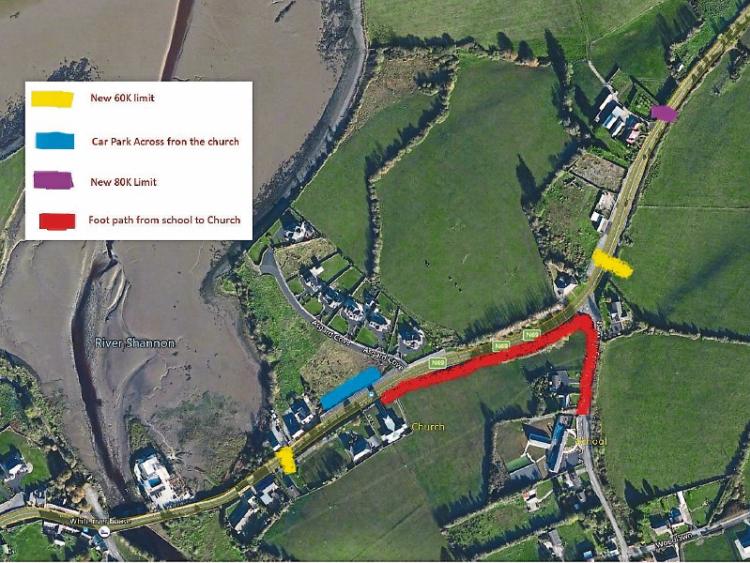 CHANGES to increase the speed limits going through the small village of Loughill have created a big wave of resistance among local people.

Hundreds have signed a petition against the new limits and at least 60 people attended a public meeting on the issue last week.

A second public meeting, originally planned for this Tuesday, was cancelled and instead,  local councillors John Sheahan and Stephen Keary met members of the Loughill Health and Safety committee in private.

The Loughill committee is now expected to make a presentation to the Adare Rathkeale Municipal District in November to make their case.

Speaking to the Limerick Leader this Wednesday, Cllr Keary said: “When something isn’t broken, you don’t have to try and fix it. The traffic doesn’t always abide by the speed limits but at least if the limits are there, they can be enforced.”

Up to now, the speed limit through the entire village was 50km but now the 80km limit is being extended in as far as Pound Cross on the eastern side and a  60km section is being introduced from Pound Cross to the far side of the church. In effect this means that people trying to cross the wide road from the church car park to the church will have to contend with vehicles travelling at an even faster speed.

The changes also mean that traffic coming down from the school to Pound Cross will immediately be joining a faster flow of traffic.

Locals became  perturbed when they became aware of the changes and were concerned that they had not been informed of the proposals.

The proposals were part of a five-year review and were publicly advertised and on display in the council office in Rathkeale, according to Cllr Keary. Unfortunately, he added, the people in Loughill missed them.

But he is now hopeful the situation can be remedied.

“If the lobby is strong enough and if they can make a good enough case, I would be hopeful it would be reconsidered on the basis of public opinion.”

He would also, he added, like to see whether the Road Policing Unit (formerly the traffic corps) had any comment to make during the process.

“The best scenario is for full, traffic-calming measures to be put in place and then a pedestrian crossing could be put from the church to the car park,” he said.

He was hopeful, he said, that a design could be drawn up  and funding applied for such a scheme in the near future.