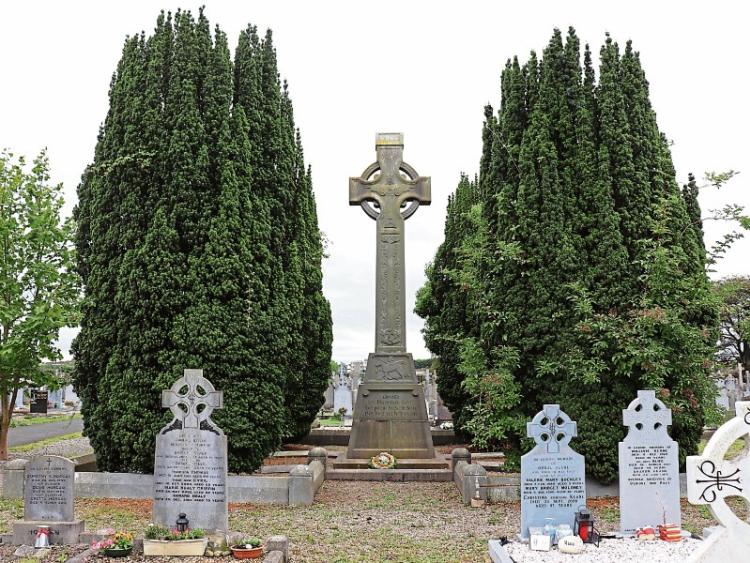 FAMILY members of 19 fallen heroes killed during the War of Independence say that they are disappointed “that no work has taken place,” despite promises by Limerick & City County Council

The plot which is the final resting place of republicans including murdered mayors George Clancy and Michael O’Callaghan along with Sean South “has fallen into disrepair and everyone is passing the buck when it comes to doing something about it”.

That is the verdict of John Gerard Morgan, from Corbally, who for the past year has been trying to get the Republican plot at Mt St Lawrence cemetery cleaned up.

“It is in a terrible state, I have been trying to get something done and have been onto Willie O’Dea and the National Graves Association, but everyone is passing the buck, no one listens,” said Mr Morgan.

However a spokesman for Limerick council said: “Limerick City and County Council has agreed to look into the work that needs to be carried out to at the site, given its historical nature and directives that must be followed in relation to habitats and other regulations.

The Council gave no timeframe for any of this work to be carried out, however.

“Limerick City and County Council is looking at an action plan as part of the overall works programme for Mount St Lawrence Cemetery.”

An arborist was commissioned to conduct a report on the condition of four Yew trees that surround the plot. The report confirmed the trees’ good health and recommended they be topped, pruned and any foreign vegetation removed.

A final decision is to be made on whether to remove the existing Yew trees that surround the Republican Plot or as recommended top and prune them, said the Council.

Deputy O'Dea said he is very disappointed no works have taken place. “Yes, I am disappointed, the Council promised to undertake works and maintenance last January, and I am surprised to hear this news,” he said.

A relative of Mr Morgan’s, Sean Hogan killed in Newcastle West in the Civil War in 1922 is one of the 19 fallen heroes buried in the plot. “The centenary is coming up in 1922, but it is in terrible disrepair and no one wants to take responsibility,” he said.

The memorial consists of a decorated Irish High Cross standing at 24 feet in hard grained Kilkenny limestone with kerbing.

Deputy O’Dea said that unfortunately the unkempt appearance of the plot gave the impression that the people of Limerick  “have very little respect for our heritage and those that gave their lives during the struggle for independence”.