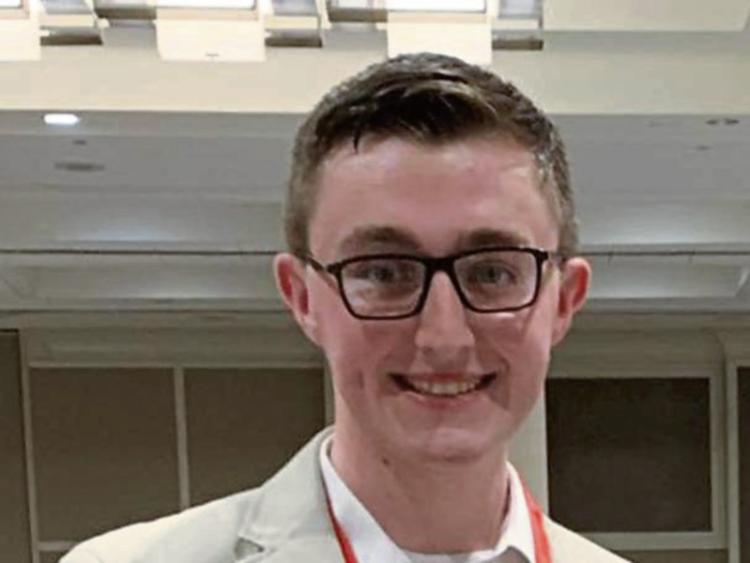 Killian Foley Walsh, head of Young Fine Gael, has attracted criticism over his attendance at the YAF conference in Washington DC

A recently elected city councillor has stated his “disgust” over the attendance of Young Fine Gael members at a conference linked to the American far right.

Last week, Killian Foley-Walsh, president of Young Fine Gael and its social media officer Chloe Kennedy, from Limerick, travelled to Washington DC for a conference hosted by Young America’s Foundation, which has hosted numerous members of the US far right.

City West councillor Dan McSweeney said, “I’ve been a proud member of Young Fine Gael since I was 16, and frankly I’m disgusted that he would associate himself with such outrageous elements of the alt-right.

“The general feeling within Young Fine Gael is that he should resign.”

“I’d invite him back so we can have a debate about his views. Personally, I wasn’t overly pleased to read about the trip, but he went of his own accord, and he’s his own person at the end of the day.

“He’s entitled to his own opinion, and I respect that.

“If he were to come back, I’d encourage people to come along and challenge him on his views, that’s what it’s all about.”

Young America’s Foundation was founded in 1969, and welcomed Vice-President Mike Pence at July’s event in the US capital.

Mr Pence said, “For some 50 years, YAF has been a bulwark of the principles of the American founding.  YAF was fighting to make America great again, fighting for the values that have always made this nation strong, long before it was cool.”

The former union-busting Governor of Wisconsin, Scott Walker, was recently named as the foundation’s new president.

Young America’s Foundation has also hosted the likes of pundits Ben Shapiro and Robert Spencer, who are seen as leading figures of the conservative movement in the US.