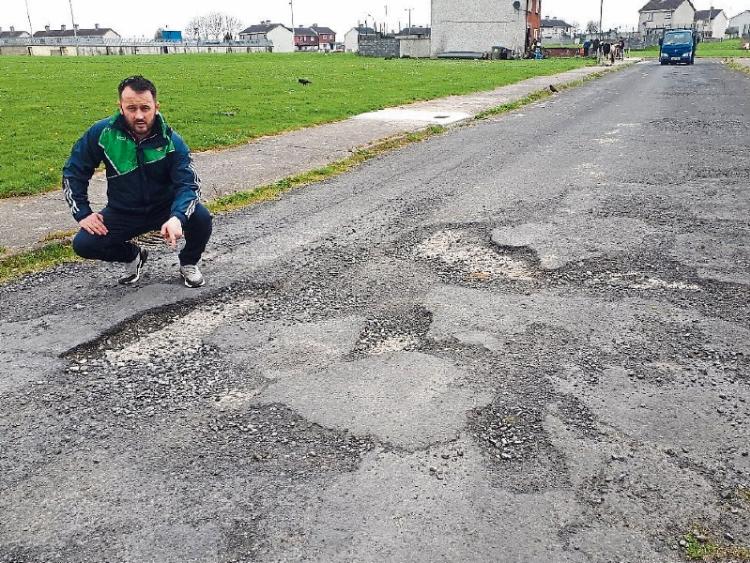 LOCAL election candidate Dean Quinn says some of the roads in Moyross are as “jagged as the Cliffs of Moher’.

The Independent candidate, a youth worker by profession, is calling on Limerick City and County Council to come out and fix the roads before there is a serious accident.

He highlighted one such road in Creaval Park, which he feels has been left to fall to rack and ruin due to the fact just four homes remain in the street.​

“They are terrible. The reason they are being left idle is there are just four or five houses left here after the demolition of Moyross. The potholes are so big that someone is going to break their leg. It will cause havoc for the council,” he said, describing the condition of some of the roads as “diabolical”.

“It wouldn't cost [the council] much to fill in the potholes, but if someone claimed, it would cost them more. If the council can see the state of the potholes, they will perhaps come out and fix them. One of the lads is living here the last 30 years. He's a good resident, in his late 70s. He nearly fell off his bike last week. We don't want anyone getting hurt. But this is going to cause an accident either with a car swerving, or hitting a child on the street, so we want to try and avoid that,” Mr Quinn said.

”A lot of the paths have been replaced, they have done a good job. I think it's because of the fact only four houses are left in this street as to why it’s been left alone,” he added, “But it’s brutal.”

“People are paying their road taxes to drive on the roads. I'd question that as some of the roads are in a bad state. You wonder why people don't pay their taxes. At the end of the day, they need to improve the roads, and maintain them,” Mr Quinn concluded.