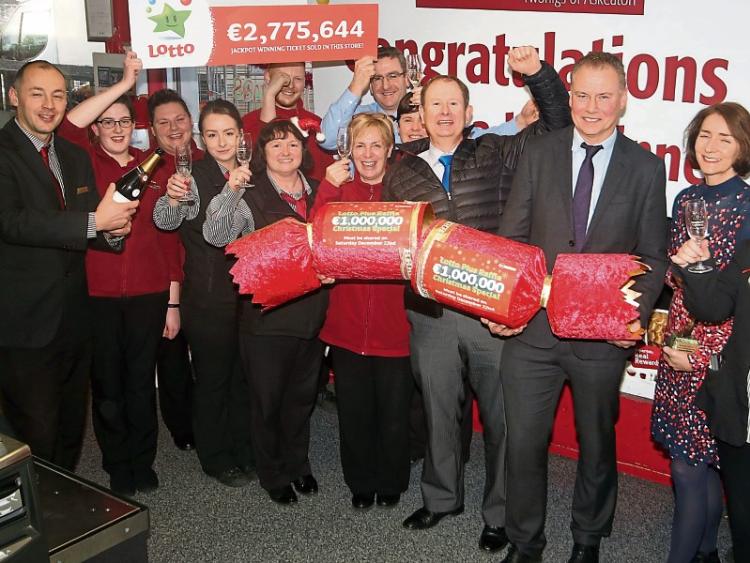 The winning €2.7m ticket was sold in Twohig’s Supervalu in the Arena Service Station on Church Street in Askeaton Picture: Brendan Gleeson

THE lucky Limerick winners of a €2.7m Lotto jackpot “have taken some time out to consider their win”, according to the National Lottery.

The winning ticket for the €2,775,644 jackpot was sold in Twohig’s Supervalu in the Arena Service Station on Church Street in Askeaton for the Wednesday, December 19 draw.

There has been feverish speculation as to the winner’s identity in the County Limerick village since the news broke.

The National Lottery confirmed to the Leader that “our lucky Limerick winners have indeed been in touch and they have taken some time out to consider their win and have taken the National Lottery’s guidance on getting independent and legal advice before they make their claim.

“We don’t have a definite date on when they will claim their prize but we have been in constant contact to provide support during the process,” added the spokesperson.

After news of the win, store manager in Twohig’s Supervalu for the last six years, Arthur Rogaczewski, said it was “great for the town and the store”.

Almost 30 cent in every euro spent on National Lottery games goes back to Good Causes all over Ireland. Last year alone more than €226 million was raised, or €620,000 a day.