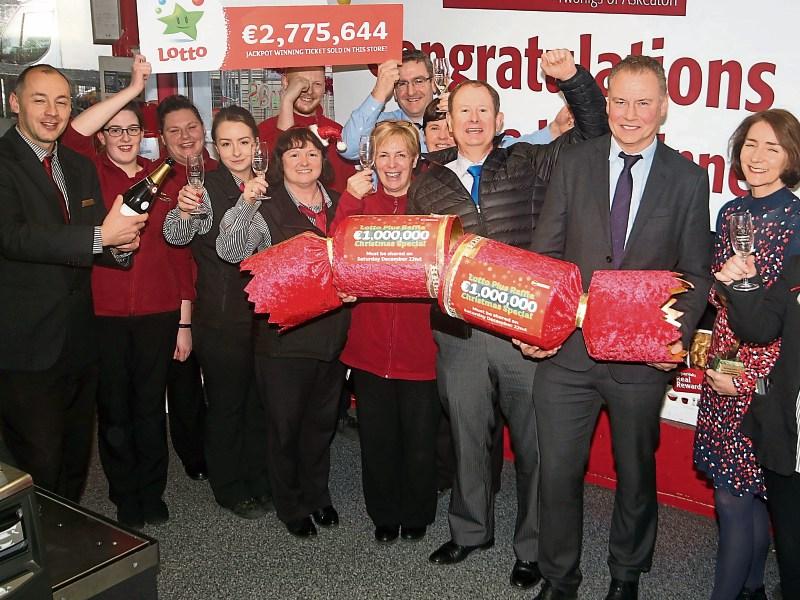 The winning €2.7m ticket was sold in Twohig’s Supervalu in the Arena Service Station on Church Street in Askeaton Picture: Brendan Gleeson

THE Limerick winner of a €2.7m Lotto jackpot has “made contact” with the National Lottery after their recent win.

The winning ticket for the €2,775,644 jackpot was sold in Twohig’s Supervalu in the Arena Service Station on Church Street in Askeaton for the Wednesday, December 19 draw.

There has been feverish speculation as to the winner’s identity in the County Limerick village since the news broke.

The National Lottery confirmed this Wednesday to the Limerick Leader that it has been in contact with a number of players who won big over the festive period and arrangements are now being made for them to collect their prizes.

“Players to make contact include a Limerick player who won the €2.7 million Lotto jackpot on Wednesday 19th December,” said a spokesperson.

After news of the win, store manager in Twohig’s Supervalu for the last six years, Arthur Rogaczewski, said: “This is unbelievable news. What a way for one of our customers to start their Christmas! There is huge speculation as to who the winner might be we are really hoping it is a local. As the town is now by-passed the chances are it is a local rather than someone passing through.

“It is our first big lottery win and we really hope it makes someone’s Christmas a very happy one.

“This is great for the town and the store. We have between 50 and 60 staff and this is giving us the perfect buzz in the lead up to Christmas,” he added.

Almost 30 cent in every euro spent on National Lottery games goes back to Good Causes all over Ireland. Last year alone more than €226 million was raised, or €620,000 a day.