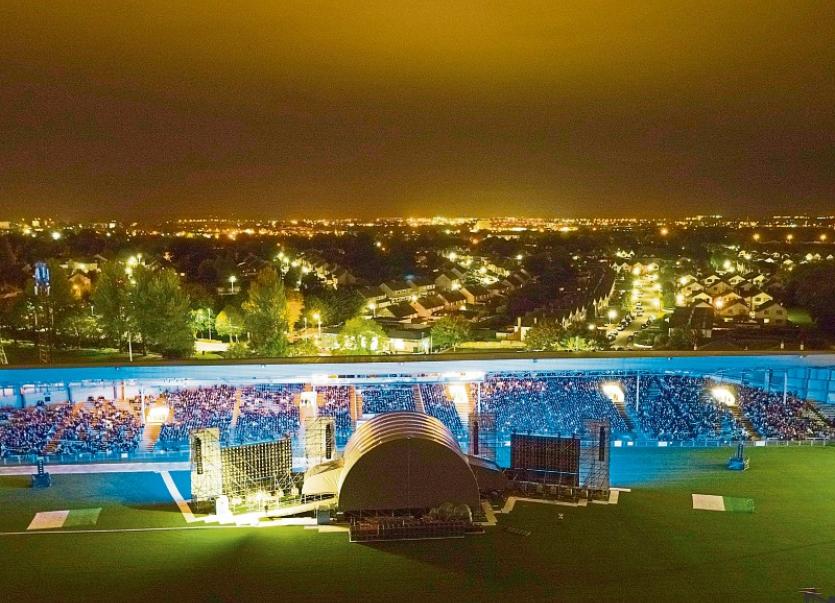 The image was taken by drone above the National Geographic Symphony for Our World concert at Limerick’s Gaelic Grounds Picture: visionAir Technologies

A STUNNING image shot from a drone above the National Geographic Symphony for Our World concert at Limerick’s Gaelic Grounds on Saturday night showcases the event beautifully.

Upwards of 8,000 people attended the show, the first major concert at the Gaelic Grounds since the homecoming for the Limerick hurlers after winning the All-Ireland.

The image was taken by visionAir Technologies, the official drone media partner for the concert.

The stunning showcase of National Geographic footage was set to a spine tingling composition of music and performed by an 80-strong orchestra accompanied by the Limerick Chamber Choir, while conductor Kevin Zakresky donned a Limerick hurling jersey to the delight of the crowd. 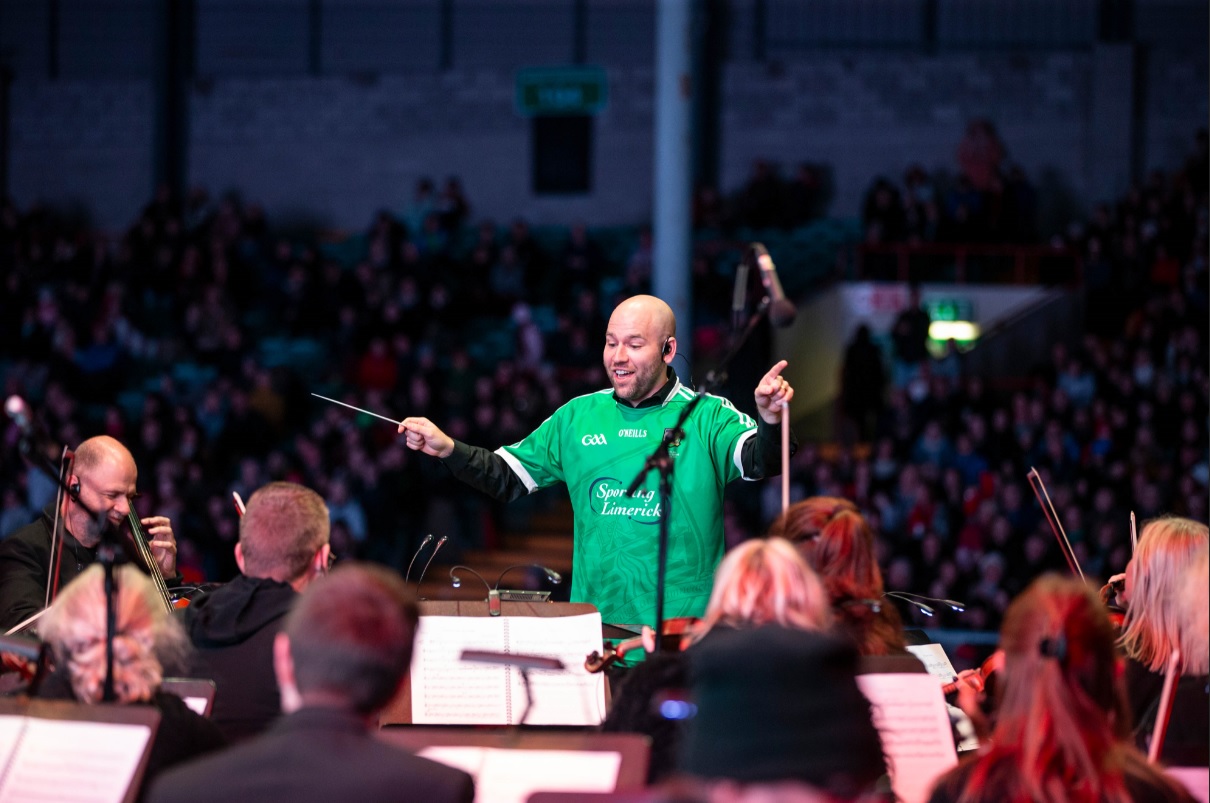 From ice diving foxes in Canada, to hammerhead sharks moving through the Indian Ocean and with a strong environmental message at its heart, the footage captured a world that few ever see in real life, performed perfectly in sync with the 80 piece Symphony Orchestra and choir in a score written by the Emmy-nominated Bleeding Fingers Music that was haunting and uplifting in equal measure.

Three high-definition screens showed off the footage during the concert, which was a European premiere, while the CBS Sexton Street Pipe Band performed beforehand.

The All-Ireland winning Limerick hurlers and ladies junior footballers – and their trophies – were also introduced to the crowd in an event that was estimated to bring an economic boost of several million euro to the local economy and was run by Limerick production company CWB.

Prior to the show, Paul Foley, chairman of the Gaelic Grounds, said it could be the first of many musical events in Páirc na nGael.

“If it works, without doubt there will be other big events, concerts and shows. We have had enquiries even since the National Geographic announcement. So it does bring that focus,” he said.

The concert was met with rave reviews on social media:

Amazing set-up @gaelic_grounds for #NatGeoLimerick tonight. Phone isn't picking up visuals which are out of this world beautiful. And the gorgeous humid night makes it even more splendid pic.twitter.com/spep7NclaI

Pure incredible. Only a minute of @NatGeo's fine archive set to a live orchestra here at @gaelic_grounds #impressive #NatGeoLimerick pic.twitter.com/hlQIGFp4Z7

I'm told you can hear the #NatGeoLimerick concert in @thomondstadium when the Munster crowd go quiet for the penalties!!! Sorry but @Munsterrugby seem to be doing okay in spite of it pic.twitter.com/mMHS1KDyxb

Few fond memories being relived here @gaelic_grounds during #NatGeoLimerick intermission. Back to the wildlife soon pic.twitter.com/ot7Pz0A7pl

Congrats to all involved with first ever concert in Gaelic Grounds. National Geographic production hopefully the first of many. Rave reviews for venue show it's viable as concert venue #limerick #NatGeoLimerick pic.twitter.com/YsoMtj2Z1f

Hope Ed Sheeran and other headline acts who missed out on Limerick experience are watching.

Nature in perfect harmony
•
•
Some scintillating shots from a special night here in the Gaelic Grounds.