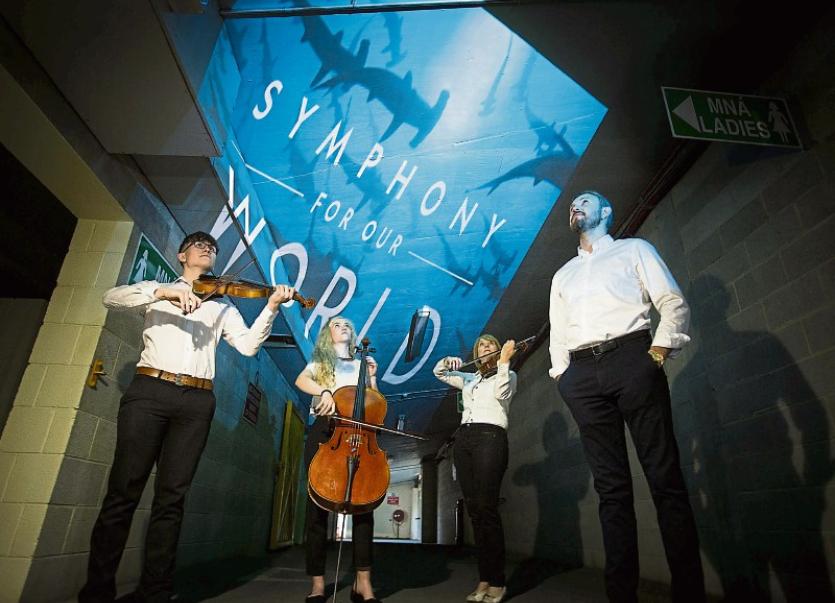 A limited number of tickets remain on sale for Symphony for our World, which was launched at the Gaelic Grounds by Andy Lee and is expected to welcome thousands of people to the stadium

LIMERICK’S Gaelic Grounds will mark two firsts next weekend, with a musical concert and the sale of alcohol in the stadium.

There will also be two sets of All-Ireland champions in the audience for the Symphony for our World concert, set for next Saturday, gates from 6pm. Sales are progressing at a brisk pace but, as Paul Foley, chairman of the Gaelic Grounds points out, it will be the third big civic event, following the big screen and our victorious hurlers’ homecoming.

The first time the National Geographic international symphony takes place on these shores, it will be presented on two of the largest high-definition screens in Europe, with the material made up of 130 years of archive.

From ice diving foxes in Canada, to hammerhead sharks moving through the Indian Ocean, the footage captures a world that few will ever see in real life.

The show is being produced in Ireland by Limerick production company CWB, and it is predicted that it will bring in an economic boost of €6m.

There will also be a licensed bar, thanks to the Woodlands House Hotel, as well as artisan food producers selling their goods.

“It’s great to see the Gaelic Grounds with a new lease of life,” Mr Foley said. “Any occasion when you have thousands of people going out to an event of this quality, they will celebrate afterwards, have a meal, have a few drinks. There has to be, and there is, great economic benefit and leverage from it.”

Paul said a “huge amount of work” was done to persuade National Geographic to bring their symphony – which was a sell-out across America – to these shores.

“We are going to work really hard to get a big crowd in there next Saturday,” he pledged.

Limerick’s momentous All-Ireland success, has understandably taken the focus off the event.

“It’s been a very welcome distraction to be honest, as people have had to buy tickets for Dublin, book travel, and then, of course, celebrate. In some ways,” Paul admitted.

He hopes it’s the first of many musical events in Páirc na nGael.

“If it works, without doubt there will be other big events, concerts and shows. We have had enquiries even since the National Geographic announcement. So it does bring that focus,” he said.

Tickets for the event are available, through ticketmaster.ie, or from Gleeson’s Sports Scene, William St.