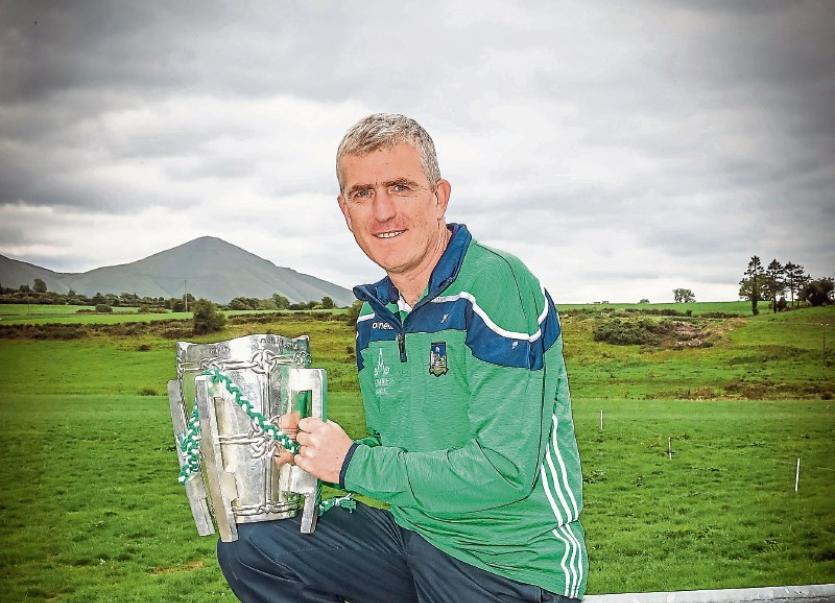 LIMERICK’S All-Ireland winning manager John Kiely is appealing to supporters to “make a concerted effort to give the players the space to go about their business as normal” and allow them to focus on their recovery to ensure they are “an even better team next year than we were this year”.

The man who guided Limerick to their first All-Ireland title in 45 years has admitted that “it has been hard to find time for yourself in the last few weeks and that’s why I am making the appeal for people to give the players a chance”.

Speaking to the Limerick Leader this week after his team were named the Limerick Persons of the Month, the Galbally man said that at this stage - almost six weeks on from bringing the Liam MacCarthy Cup back to Limerick “people need to understand that where the cup goes you are not always going to have a player with it”.

“It’s important for people to understand that the players have been incredible in terms of the generosity of their time over last five weeks - we’re into the sixth week. They have gone back to work, back to college and they are back playing with their clubs. They don’t have that much free time anymore. I think we have been very generous with our time and very understanding but at this stage I think we all just want to go about our business as normal.”

The hurling boss said he “would be asking people to maybe pull back from having to invite a player to every function”.

“It’s not necessary to have a player at every function. What’s important is that Liam MacCarthy is there. That’s the most important thing, that people can have their own enjoyment with the Liam MacCarthy there and that they would make a concerted effort if they could at all to give the players space to live their lives now and go back to college and go back to work and be able to focus on that and focus on their recovery.”

In 2016 Kiely was confirmed as the Limerick senior hurling manager for a three year term and this week has reaffirmed his commitment to the team for the coming season.

“Obviously I agreed a three-year term at the outset and next year is year three.It’s my intention to be there next year,” said the hurling boss who is the principal of The Abbey School in Tipperary town.

“So we’ll drive on for next year again.”

“We’re on for next year and we will be putting a very strong management team in place again for the coming year and are looking to raise the standards again and be an even better team next year than we were this year. We can’t expect to go back with what we did this year and expect that to be good enough, that won’t be good enough judging on past performances and past results.

The barometer, he said, “is being pushed higher and higher every year”.

“That's just the way it is so management teams need to be creative and imaginative and players and management both need to understand that you have to keep reaching for higher standards in order to keeping driving on.”

When asked if two key components of this year’s set-up coach Paul Kinnerk and performance coach Caroline Currid, who undoubtedly are on the radar of county boards and intercounty management across the country, will stay on as part of the backroom team, John Kiely replied: “That will all bear fruit over the coming weeks and months.”

The planning for next year he says has already started.

“We are attending meetings now on a regular basis trying to organise ourselves for next year.”

In the shorter term, there are a number of official engagements taking place between now and Christmas. Next month the All-Ireland champions travel to Boston to play in the Hurling Super 11s tournament in Fenway Park. The players and backgroom team will travel to Cancun in Mexico for the team holiday after Christmas.

The hurling boss said that the absence of players at various functions over the coming months “is not something to be disappointed about” adding that it was physically and logically impossible for them to keep up the level of commitments that they have been engaging in since August 19.

“There is such a small body of people, that it won’t be possible. The players need time now to relax and to recuperate and recover physically and mentally from what they have been through.”

Describing the past six weeks as “a fantastic experience, one that we will never forget for the rest of our days John Kiely said that “if we are going to be on any use to anyone next year we need now, over the next six, seven, eight weeks to make that time for ourselves.

“If we don’t take it now, it will catch up with us. We just need to take the time now.”