The famine is over - Limerick crowned All Ireland hurling champions 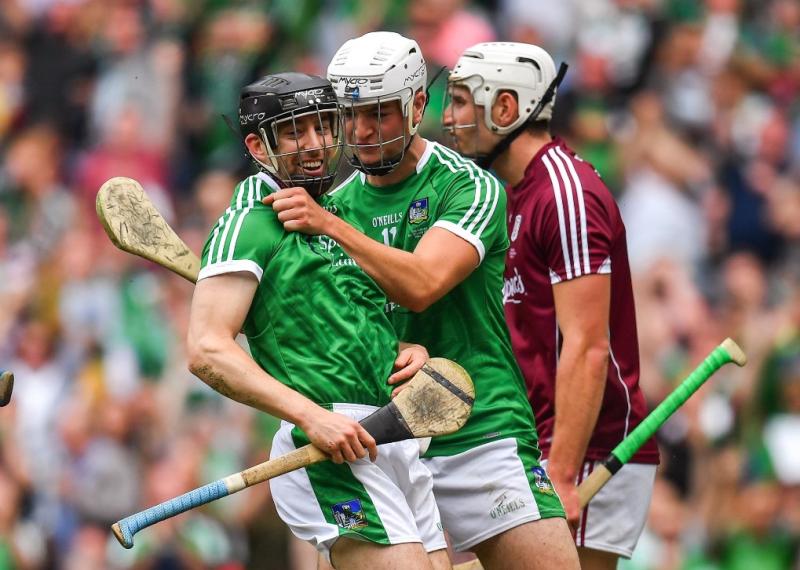 LIMERICK are All Ireland hurling champions for the first time in 45 years.

It's an eighth All Ireland SHC for Limerick - the first since 1973.

From start to finish, Limerick were superb - Galway leading for less than a minute mid-way through the first half.

Goals from Graeme Mulcahy, Tom Morrissey and Shane Dowling won out the day.

All had spoken of Galway's ability to start well but it was Limerick that hit the ground running and had three points on the scoreboard inside four minutes with Aaron Gillane, Kyle Hayes and Graeme Mulcahy on the mark.

Such on the early Limerick dominance they had eight shots at goal and just five minutes played.

But the wides were mounting - six by the 10th minute and 11 by half time. Galway also suffered with inaccuracy and had 10 wides by the break.

It was the seventh minute before Galway opened their account but a Cian Lynch point ensured the men in green were 0-4 to 0-2 ahead and a thundering Seamus Flanagan shoulder on Gearoid McInerney signalling Limerick's intent.

When Darragh O'Donovan pointed it was 0-5 to 0-3 but then Galway had their best spell and levelled the game for the first time before going ahead, 0-6 to 0-5 with 15-minutes lapsed.

The response was impressive - Graeme Mulcahy goaling. It was Kyle Hayes that delivered from the corner and Mulcahy scrambling to the net in front of the Davin Stand - akin to the goal in the 1973 final.

Tom Morrissey added to the green flag with a well worked point and then it was captain Declan Hannon with back-to-back points from distance and Limerick were five points clear with eight minutes to the break.

John Kiely's men then went just over 10-minutes without a score and the men in maroon found three points in this spell but there was four added minutes of injury time to come.

Just as they started on top, Limerick finished the half on top with Gillane (free) and Flanagan scores confirming a four point interval lead for the underdogs.

Again, Limerick roared from the blocks in the second half led by three points from the youngest player on the team Kyle Hayes.

Diarmaid Byrnes and Gillane (free) had points and with eight minutes gone in the half Limerick were eight points clear - 1-15 to 0-10.

Galway had just two scores in the opening 15-minutes - the second was Joe Canning's first point from play in the final. He added another and it was 1-15 to 0-12 with 53-minutes played.

In a flash Limerick responded and in some style - Tom Morrissey goaling. The Ahane man dispossessed Gearoid McInerney and crashed to the net from close range. So with 17-minutes to play Limerick were 2-15 to 0-12 ahead.

Captain David Burke led the Galway fightback with his third point and the lead down to seven points entering the final 10-minutes plus injury time.

Shane Dowling and Peter Casey were introduced as subs and the Na Piarsaigh men combined in the 68th minute for Limerick's third goal - Dowling finding the net.

But there were eight minutes of injury time and Conor Whelan had a Galway goal in the first of the eight.

Then came more - Joe Canning blasting a free to the net and lead was down to two points.

Niall Burke added a point and the lead was down to an unbearable point with four minutes of injury time to play.

Graeme Mulcahy helped stop the tension with a late point but there was still time for a long range Joe Canning free to draw the game - in the end it was Tom Condon that emerged with the previous sliothar.