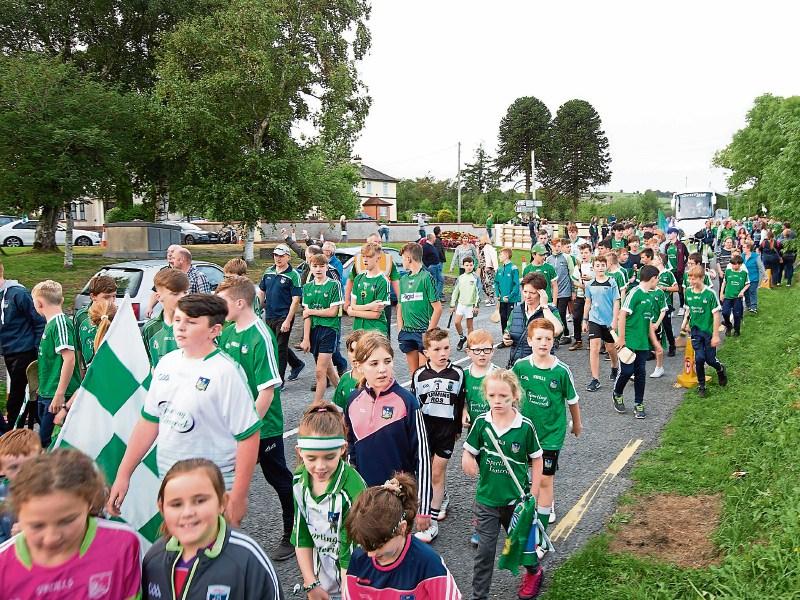 The masses march on Galbally for the homecoming this Wednesday night Picture: Liam Burke/Press 22

AT 7.30pm on Wednesday evening the silhouette of a man standing at the front of the team bus came into focus through the glass.

And the tears started to flow.

They had known from 2pm the previous day that Limerick hurling manager John Kiely was returning, with his band of brothers and the cup.

A gazebo was drafted in. All the community was put on notice. Wives and women, boys and husbands all pulled together.

The bollards were lined up, lights were erected around the GAA grounds to ensure that the closing in of winter wouldn’t obscure the views.

And they came from everywhere. A drone circled the skies.

As the bus neared the Square in Galbally the Liam Lynch pipe band struck their first note.

The cheers and roars drowned it all out.

They marched from the Square up to the field, 5,000 fans in tow. Among them, all the underage teams from the area.

“It was just a proud day for everyone to know that one of our own from a footballing parish put it all together and killed the famine,”  Pat O’Byrne, commented of John Kiely, the newly crowned king of the Galtees.

Pat was just one of a strong team who organised the event including the Galbally GAA chairman Tom Quinlan, secretary Ger Cussen, his brother Bill Cussen, treasurer Brian Chaplin

“To see the tears that came down people’s faces, it was just….for them it will probably never happen like that again,” he said.

“The scenery, the cheers and the roars.It was just a beautiful occasion and in fairness to the team, they obliged everyone with signatures and photographs.” 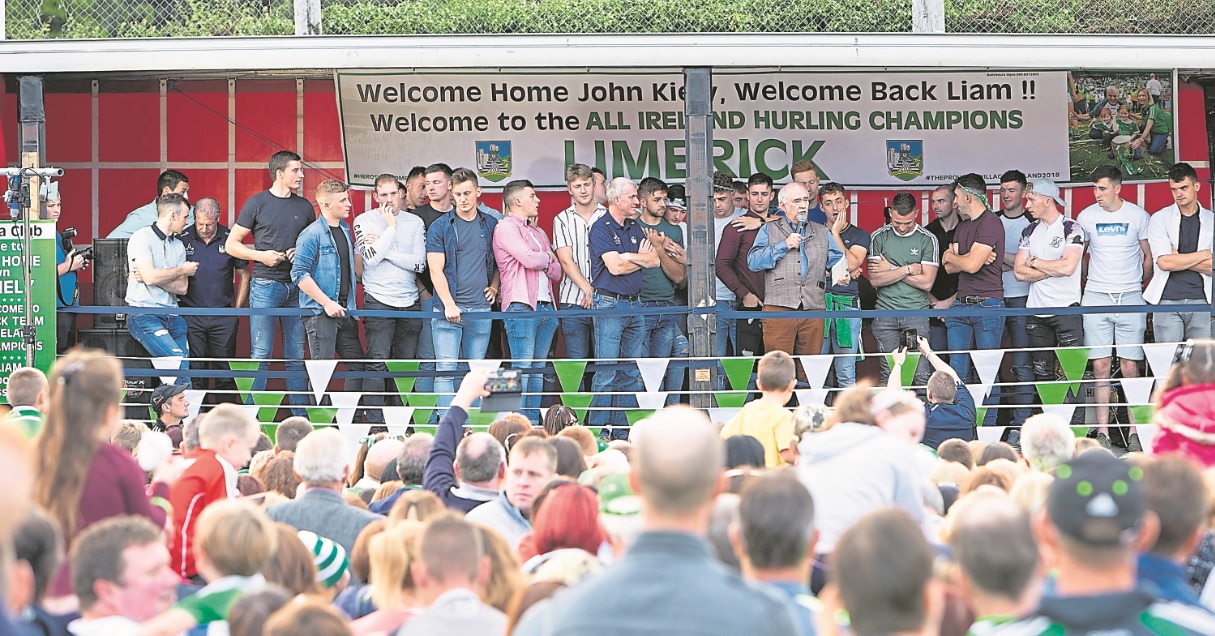 Limerick You’re a Lady and Sean South of Garryowen rang out again.

The Red Cross from Cashel were on standby. Dick Hennessy had brought over an ambulance, just in case.

Thankfully no heart attacks to report although one little girl did suffer an accidental belt of a hurley over the head. According to reports, she's doing just fine.

Racing legend Ruby Walsh turned up. He loves a good sport story which embodies the triumph of hope over adversity.

And the woman behind the main man wasn’t forgotten about either. A presentation was made to John Kiely’s wife, Louise

“A lot of kudos has to go to TJ as well because his work would have been preparing those boys and John Kiely moulded it all together,” said Pat.