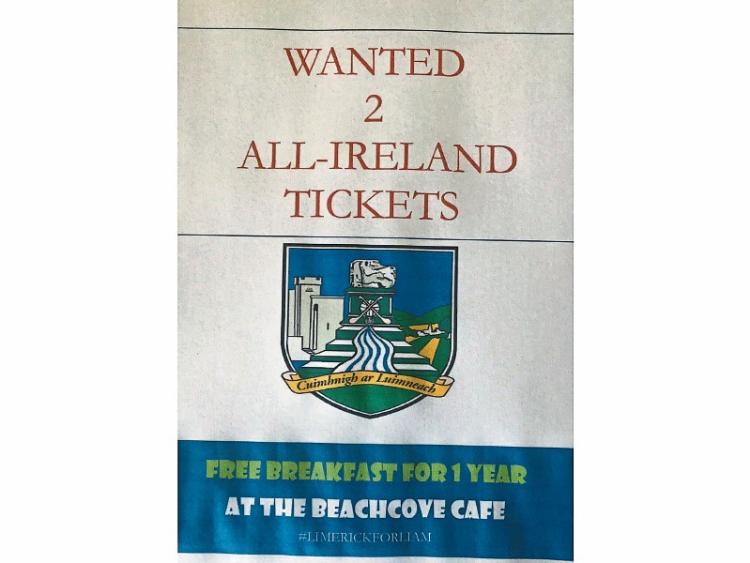 THE LIMERICK owners of a café in Kerry are offering free breakfast for a year to whoever can give them two All-Ireland final tickets.

The BeachCove Café in Waterville was taken over by Limerick couple Paula O’Mahony and David Gorey in June.

The tempting offer of a year’s free breakfast was stuck up on the window of the café and posted on its social media channels this weekend.

“We decided we really needed tickets as we haven’t had a day off since we opened,” said Paula, who is from Bruff. Her husband David is from Castletroy.

“We are big hurling fans. The tickets are so scarce now, we are trying to source them from anywhere we can. We came up with this idea in case anyone is around Kerry that might be willing to spare them,” added Paula.

The couple worked in restaurants in Limerick before deciding to go out on their own this year. And so far, business has been great.

“We’re running it ourselves. We used to work in restaurants in Limerick, I was in Delish and David was working in the Hi-Way, and this opportunity came up so we decided to go for it. It’s flying it, we are delighted, it’s busy all the time,” said Paula.

And as for the terms and conditions, Paula said there’s no catch. Whoever gives up a pair of the golden tickets will really get a free breakfast every day for a year.