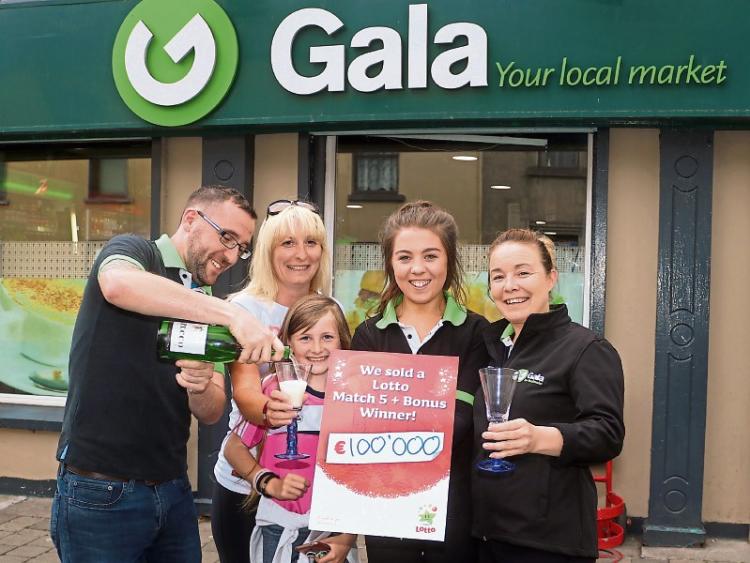 THE County Limerick winner of over €111,000 still has not made contact with the National Lottery.

A spokesperson confirmed to the Limerick Leader this Wednesday that there had been “absolutely no word” following the win of €111,271 in the Saturday, July 14 draw.

The winning ticket was bought at the Gala store on Sheares Street, Kilmallock.

It is likely that either the ticket hasn’t been checked or the winner is keeping their head down.

Rumours have been swirling in the town of Kilmallock about the identity of the winner, with the talk that it is a local.

Darragh Neill, who runs the Gala store on Sheares Street with his business partner Eoghan Higgins, told the Leader last week that “there are a couple of different rumours going around. People are coming in every few minutes asking who bought it, wondering what they will buy with it and saying what they would do if they were to win it.

It’s the first winning ticket to be sold by the current owners since they took over the store four years ago.

“By 9.30am more and more people were asking a lot more questions about it - people were in and out constantly asking about it. One customer said he buys a ticket every Saturday and it was the one weekend he didn’t buy it because he was away.”

It is the third big National Lottery win in Limerick in the last month. A two-person syndicate scooped the mega Lotto jackpot worth €4.3m from the draw on June 2. That golden ticket was sold at Whitty’s Mace supermarket in Caherdavin.

And Limerick man Shane Philip Maher won €500,000 on the EuroMillions last week – which he has yet to collect in Dublin.