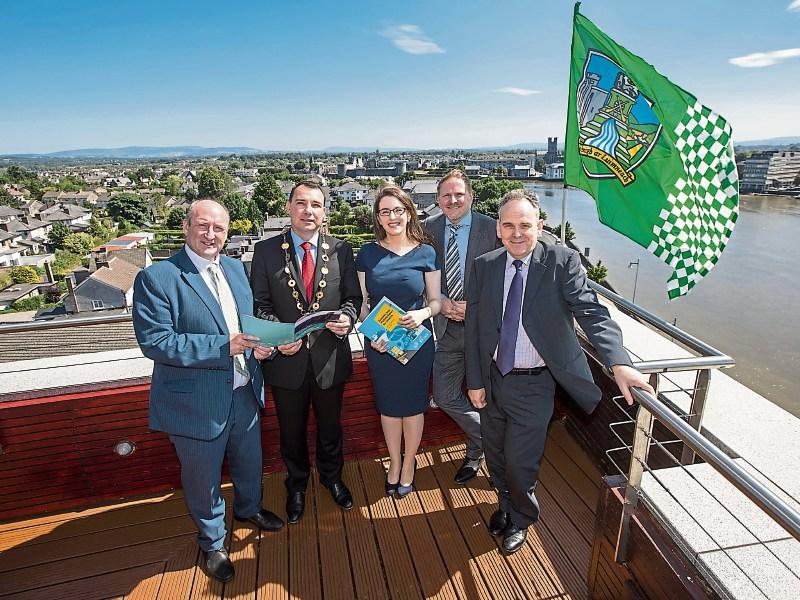 Last Sunday, sitting on Little Catherine Street in Limerick city, I sipped coffee and watched over 20 local artists set up their stall as they prepared to sell their work in the sunshine.

The street felt positively European. It felt confident and hopeful.

Last Wednesday I met an old colleague for a pint in a local bar. We got into discussion with the owner about his perception of a changing Limerick. He had just returned from an information day hosted by Failte Ireland which aimed to make local business owners savvier when it came to selling the merits of their own city to our visitors.

His take was that the number of tourists being seen on our cities streets is greater than ever before. More tour buses are being seen and importantly they are staying overnight and investigating our city.

In the midst of the stifling heat last week the Swimmable Limerick crew, a team established to promote the possibilities of swimming in the heart of the city, held an impromptu swim on Clancy’s Strand. They were joined by visitors from France, the US and elsewhere.

The pictures they shared suggested a thriving city, a welcoming place, a city with enormous potential.

As I prepare to take a short summer break from this column I think it’s important to focus on the fact that good things are being achieved under our noses. The critical viewpoint I have taken over recent months is valid.

It comes from hours of conversations with many different types of Limerick people many of whom struggle to fully understand the planned changes in our city.

They question the slow pace of our so-called rebirth and wish things happened faster.

Limerick people are a passionate group. Over recent years that passion has manifested itself in a palpable increase in the level of engagement regarding our city’s future.

Right or wrong, educated or ill-advised, the fact that so many have opinions, belief in our city and a wish for it to thrive should be celebrated from the rooftops.

Last week we saw Cllr Daniel Butler and Cllr James Collins take up the mantles of Limerick Mayoralty. These two relatively young men, both from different parties, have made their voices heard over recent months.

Across print media, social media, as well as on the ground they have embodied the type of local representative our city really deserves – ambitious, creative, engaging and empathetic.

One of the first events hosted by Mayor James Collins this week was Monday’s launch of a major report on Limerick which was commissioned by the local authority and delivered by EY-DKM Economic Advisory. It can be read with cautious optimism.

The report highlights the 12,000 jobs created over the period from 2013-2017 and €2billion worth of projects submitted for planning permission since 2009. It suggests the city is in a perfect position to position itself as an attractive destination for FDI in light of Brexit.

Importantly it doesn’t ignore the issues that still need to be addressed – issues such as the doughnut effect and the social issues, particularly unemployment blackspots.

There can be no doubt that Limerick is in a much better place than it was some years back. Work done by the local authority, Limerick Chamber and other key stakeholders has reaped rewards.

What must also be noted is the fact that our city’s resurgence and how it is perceived outside Limerick has been driven also by the many wonderful citizens from various walks of life who have invested countless hours.

Social media influencers, community activists, street artists, buskers, swimmers, kayakers, retailers, hotel staff, Tidy Towns teams and market stall holders. All of these play a unique part in putting the welcoming smile on the face of Limerick city. They deserve to be engaged with and listened to.

The sun is shining on Limerick city these days. Let’s hope our city’s future is one that isn’t just focussed on soulless economic data but on encouraging every one of us to play our own important role.