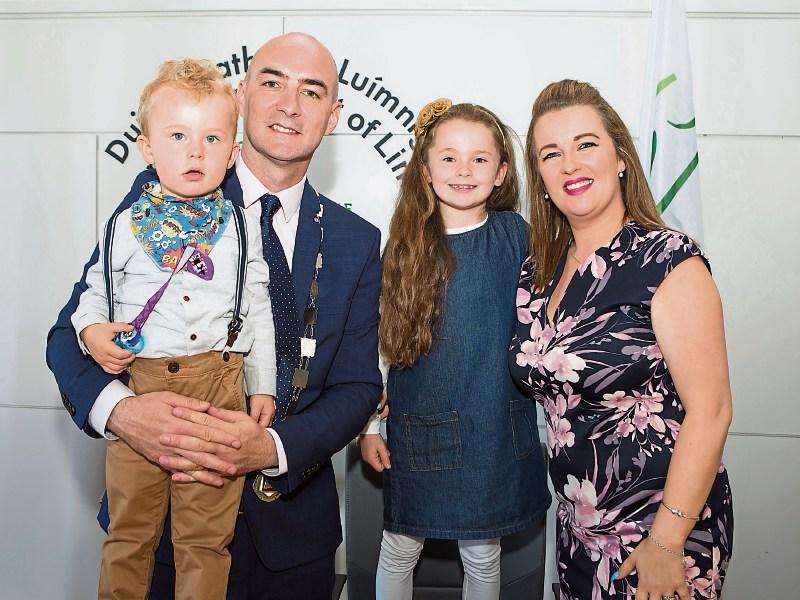 DRUGS education worker Daniel Butler has declared himself “an incredibly proud man” after being elected Limerick's metropolitan mayor for 2018/2019.

The Fine Gael councillor, based in Raheen, secured the chain of office, winning 12 of the 20 votes available at City Hall this Monday.

And he has already outlined some key aims for his year as the leader of the council’s key metropolitan area, from whence the majority of members come.

“My ambition and desire for this city know no bounds. This place has been my family’s home for many generations, and so like the Shannon runs through the city, Limerick flows through my veins,” he said.

Among his aims are to set up a unique initiative, entitled ‘Mayor for the Day’.

“This will give some young people who produce the best ideas of how to make our community better the chance to be mayor for the day and experience some of what we do,” he said.

“I will continue to challenge the stigma of mental ill health and move this conversation on in a meaningful way,” he said.

Cllr Butler, who was first co-opted in 2014 following the death of his father, the former Cathaoirleach Richard, was joined by some of his many friends, family and political supporters at his election.

These included the former Finance Minister Michael Noonan, a man for whom Richard campaigned relentlessly for.

“I want to remember my late father Richard, whose shoulders I stand on. We didn’t always agree politically or on many other things, but we always respected each other, and we always laughed. I know he’s looking down on me today, and still disagreeing with me and having a laugh at my expense,” the father-of-two said.​

He reserved special mention for his “greatest campaigner, advocate and supporter”, his mother Bernadette.

“She is one incredible woman and she has been an incredible mother who always puts herself last. She has helped me so much, and I’d be lost without her,” Cllr Butler said.