Cllr James Collins is the new Mayor of Limerick 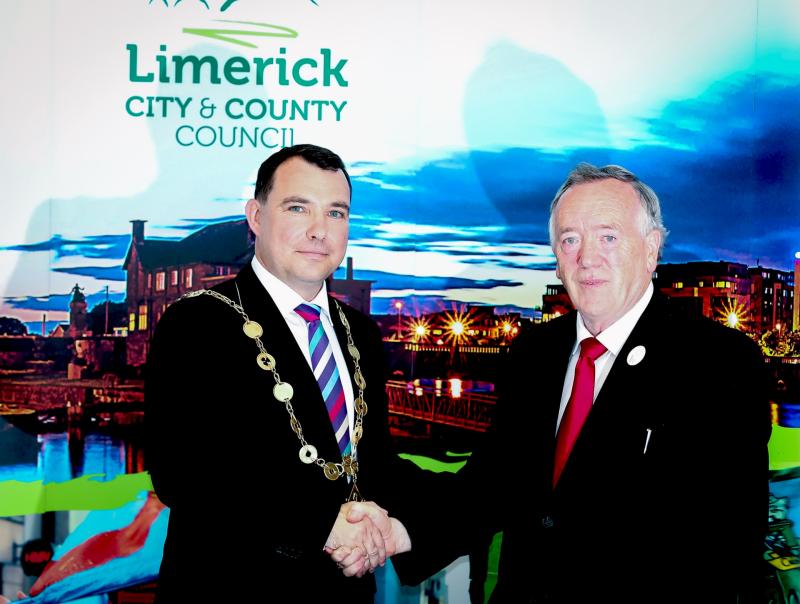 FIANNA Fail councillor James Collins has been elected as Mayor of Limerick City and County.

The City West area member, a publican by trade, secured the chain of office after winning 27 of the 36 votes available at the annual general meeting of the local authority this Friday afternoon.

His election comes as part of an deal with Fine Gael which has seen the two biggest parties share the top positions on the council.

Speaking upon taking the chain of office, Cllr Collins said: “I want as Mayor of Limerick City and County to plan the future Limerick - a Limerick that works for everyone.”

There were also nominations for Labour’s Elena Secas, who was picked by Sinn Fein.

Strong support for @ElenaSecas very welcome, good left cooperation growing on @LimerickCouncil showing up the 2 big parties hogging all the mayoral positions for themselves

But the grand coalition held firm to give Fianna Fail the fifth mayoralty of this council term.

However, it might not be the final mayoralty, as the first citizen’s seat could become vacant should a general election be called and Cllr Collins is successful in his Dail bid.

Mayor Collins added: “We have to do more for the citizens of Limerick, make our parks and plazas more attractive and safer places. I want as Mayor to promote the quality of life you can enjoy in Limerick - especially after work. We have a beautiful storied city and county, and we must protect our environment and our reputation.  That is why I intend to use this office as much as I can to press the case against Incineration at the Irish Cement Plant in Mungret. There is a dark cloud hanging over us. I urge the EPA to reject Irish Cement’s licence application to incinerate toxic waste in the suburbs of Limerick at Mungret.”

A cousin of James Collins, he beat off competition from Sinn Fein councillor Seighin O Ceallaigh.

The mayor of the metropolitan district, Cllr Daniel Butler of Fine Gael was elected last Monday.

For more on the election, see the Monday edition of the Limerick Leader.