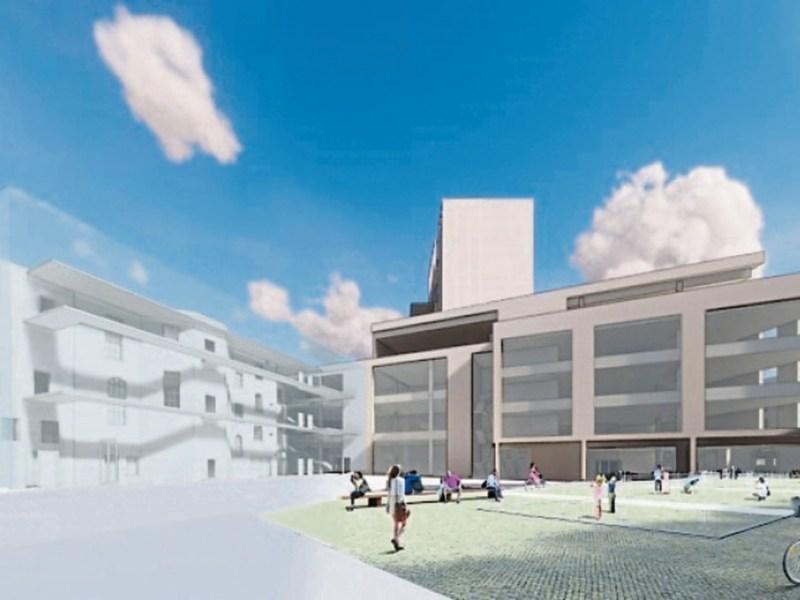 An architect’s impression of the fresh plans for Project Opera, which were unveiled last week

WHEN it comes to the economic and social recovery of Limerick city, the Opera site has for many years been seen as a beacon of hope.

However, there are many city stakeholders whose patience is being tested and who are now questioning this project, wondering just why it has taken so long for anything to happen with the site.

For years we have seen press release after press release in terms of this project. At this stage I’ve lost count of the number of times Project Opera has made headlines.

In June 2017 we saw a similar announcement. At the time the CEO of the Limerick Twenty Thirty company David Conway said the project would be “a symbol for Limerick recovery”, one that would “deliver a massive injection of confidence in the city centre”.

Denis Brosnan, chairman of the company, added that “the patience of Limerick and its people has been tested in relation to this particular project but they are about to be rewarded”.

A public consultation process commenced which saw the local authority receive many submissions which questioned the logic behind the lack of a residential aspect within the scheme.

Then in November last year we had another big press gathering in City Hall as big shots from the European Investment Bank rolled into town to announce that they were giving us €85m to get the Opera Project completed.

The local authority issued yet another press release last week in relation to the Opera site on Patrick Street. What new nuggets of information did we learn?

We discovered that a multi-million euro new public library was being seen as the heart of the development.

This came as a disappointment to some as there had been a time when the new city library was being mooted to be the centrepiece of a new mixed-use cultural space on the site of the former Dunnes Stores building (which coincidentally was placed on the derelict sites list just last week).

The press release issued last week by the Council described the new library facility as the “living room” for Limerick and as “Ireland’s most cutting-edge library”.

Considering the standard seen at the new University of Limerick library last week let’s hope our city plans to emulate the architectural and interior design standards as well as the world class functionality at UL.

If the library aspect would be seen as the ‘living room’ for Limerick, then what of the bedrooms? Well we discovered that 15% of the site would be dedicated to residential. A step forward one might think but the presence of an ‘Apart Hotel’ within the residential aspect of the project makes one wonder if this is just a token gesture towards the Liveable Limerick lobby.

Forgive me if I sound narky today. I am fully behind the local authority in terms of their ambition to deliver Project Opera. What frustrates me is the sense that all we are getting in terms of this project are new announcements drip-feeded to us in an attempt to pacify our lack of patience.

Project Opera is like a carrot being dangled by the local authority. We all want a taste of it. We all want it to be a success. But we all want to be still alive the day the ribbon is cut.

On a stroll through UL last week, I couldn’t but comment that the pace of change seen on campus over recent years has been nothing short of remarkable. It’s not fair to compare like with like, but wouldn’t it be wonderful if our city centre saw something similar?

Last week’s press release told us that work on the site is said to commence in 2019. Let’s hope that is finally written in stone.

Otter to swim under the bridge

Congrats to all involved in the creation of a new mural which was recently unveiled under the Shannon Bridge beside St Michael’s Rowing Club at O’Callaghan Strand.

It was created and painted by local artist Mary Conroy and depicts an otter. The project was co-funded by the Department of Communications, Climate Action & Environment and Limerick City and County Council under the Local Agenda 21 Environmental Partnership Fund.

Local Agenda 21 is a programme that funds projects or initiatives that help to increase awareness of environmental issues locally or that could help communities to become more sustainable.

Otters are strictly protected (wherever they occur) by law and the destruction of their resting and breeding places is an offence.

They have been known to frequent Limerick city in the river along by the Condell Road, and their presence usually indicates good water quality.

The vibrant mural was created by Mary Conroy with help from volunteers from St Michael’s Rowing Club and is a wonderful art installation of public artwork celebrating local diverse wildlife.