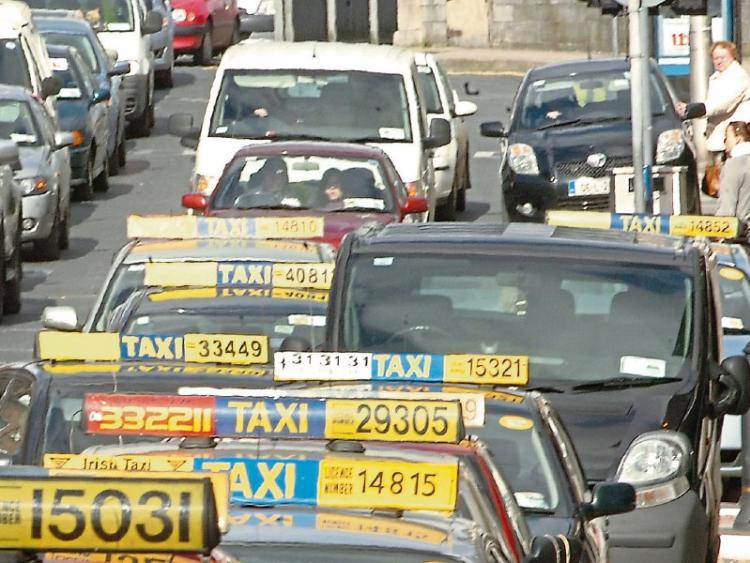 A LEADING Limerick politician wants a ban on taxi drivers beeping their horns to collect late night fares in the city.

Fine Gael City North councillor Michael Hourigan is sounding the horn for sleepy residents, living in Limerick, who have been left fed up by the “nuisance” sound of taxi drivers alerting their passengers to their presence on the street.

And he wants new by-laws put in place to ban taxi drivers from “blowing their hooters” after 11pm.

“For the more senior members of the population in the area, they feel it is a nuisance and a disturbance in the night. Perhaps we can liaise with the taxi companies, and put in a noise directive – a ban on taxi horns between 11pm and 7am,” the former mayor told this month’s metropolitan meeting.

He says much of this is down to students going out late at night, coming back in the small hours.

“I think it’s very unfair on people like myself. People are woken up from their nights sleep. We cannot chase down the students, but perhaps we can liaise with the taxi companies,” Cllr Hourigan said, “It could follow the same principles as planning conditions.”

This is in reference to rules given to developers that upon receiving planning permission, they cannot carry out construction work outside of daytime hours.

Nicholas Street based taxi-driver Pat Cunningham thinks a ban is “a bit extreme”.

“Common sense is all that’s needed here,” he added. “I normally wouldn’t do it myself as I don’t want to disturb people. But there are some occasions where you have to.”

“Some drivers can over-do it. With the changes in technology, the days of blasting your horn to get someone to come out are thankfully gone. It’s unnecessary to be waking the whole neighbourhood up,” Mr Williams said.

Council official Anne Goggin, who was presenting the Noise Action Plan, which gave rise to Cllr Hourigan’s suggestion ruled out any by-law change.

“There is no mechanism to control taxis unless we get sufficient instances where there are difficulties, and then we’d deal with it. It’s primarily an awareness issue,” she told the meeting.

Taxi drivers needing to honk their horns outside people’s homes is increasingly becoming a thing of the past, due to mobile technology.