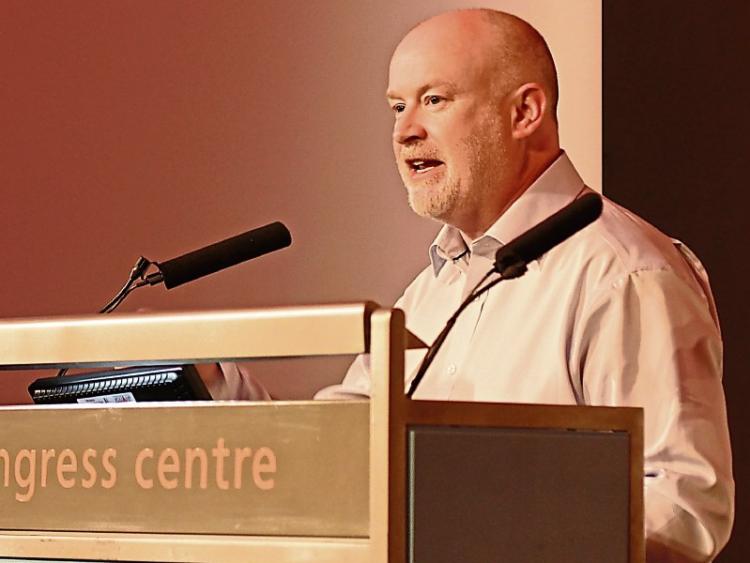 GARDAI at Roxboro Road have launched an investigation into an abusive anonymous letter that was sent to two staff members at University Hospital Limerick.

The letter, received by this newspaper, accuses two healthcare assistants of engaging in sexual activity, causing a ward manager to leave her job at the hospital, and “pretending to be sick and drawing taxpayers’ money falsely”.

The lengthy A4 typed letter, which is signed off with a pornagraphic image, is also laden with expletives and name-calling.

It is has been confirmed that gardai received the letter in recent weeks, and it has been sent to Dublin to examine fingerprints.

The Limerick Leader received the letter after Sen Paul Gavan spoke of alleged bullying at UHL in the Seanad last week. He is now calling for a “fundamental change” after being contacted by numerous doctors, nurses and support staff since his speech.

A spokesperson for the UL Hospitals Group said it is aware of the letter to two members of staff.

“We empathise with them for the upset this has caused.  We are unable to comment any further on the specifics of this in order to protect the privacy of staff involved.”

While the UL Hospitals said it is not aware of a garda investigation, it will “cooperate fully with any garda investigation and would welcome the opportunity to identify the senders, so appropriate action can be taken should they be identified as members of staff of the group”.

The spokesperson said that independent support for employees is available through the employee assistance and counselling service, a confidential professional support service that is free of charge.

She added that the health service recognises the right of all employees to be treated with dignity and respect and “is committed to ensuring that all employees are provided with a safe working environment which is free from all forms of bullying, sexual harassment and harassment”.

Meanwhile, the Minister for Health Simon Harris has launched an investigation into alleged threats of assault towards a senior shop steward at UHL.

Sen Gavan raised the issue in the Seanad on Wednesday morning of last week after writing to the Minister on May 25.

Sen Gavan received an email from “concerned staff members” in recent weeks, which has been seen by this newspaper.

“I have been informed that [the shop steward] has undergone a very difficult time at work in recent months, arising from these alleged threats of assault which were witnessed in the workplace last December. As a result of these incident, [the shop steward] had to take time off as a result of work-related stress. I understand that almost six months later there has yet to be any satisfactory investigation into the incidents,” the Limerick senator wrote.

“[He] was declared fit to return to work for Monday 16th April, yet almost six weeks later he is still not being allowed to return to work. I am shocked at the ongoing refusal of management at UHL to allow [the shop steward] to return to work at UHL without any adequate explanation either to him or to his union.”

He said that there appears to be “ongoing failure” by management to respond to union correspondence.

He added: “I have been asked by a number of staff whether the issues relating to [the alleged injured party] and his treatment by management are in any way related to this extremely poor industrial relations climate and the fact that he has been a consistent voice for justice and for workers’ rights within UHL.

“Minister, I am asking you to initiate an urgent investigation into these events and to ensure that [the shop steward] is immediately allowed to return to work.”

In relation to this case, the UL Hospitals Group told the Leader: “UL Hospitals cannot comment on individual cases regarding employees for reasons of confidentiality and is liaising with the employee concerned and his representatives regarding this case, as is the normal procedure.”

The spokesperson said that staff are encouraged to report incidents.

“UL Hospitals Group is engaged with the WRC Advisory Service and  SIPTU Support to develop a policy for dealing with industrial relations matters.  There is ongoing engagement with various unions on a variety of issues as part of our normal practice and we enjoy good working relationships with all our unions and their representatives.”

Sen Gavan said since his speech in the Seanad, a number of doctors, nurses and support staff have contacted him about issues he raised.

“It seems that there is this pressure valve just blowing at the minute. There seems to be a massive problem in terms of bullying and harassment.”