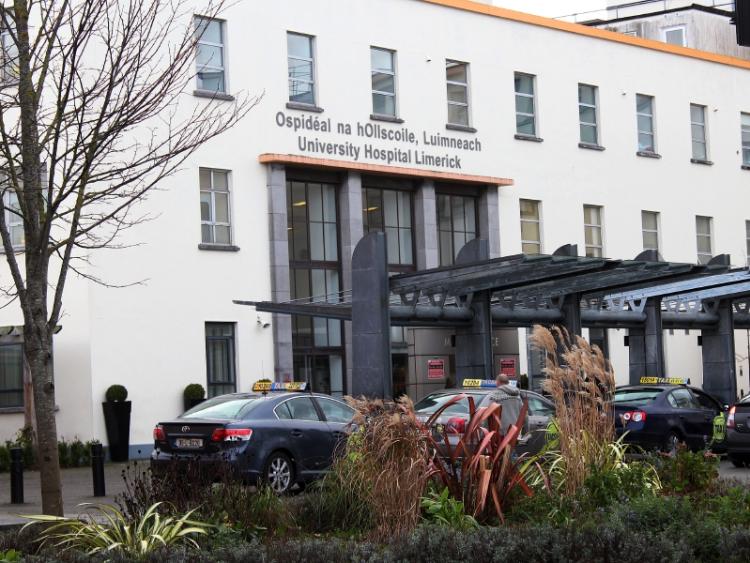 A SENIOR shop steward at University Hospital Limerick has not been allowed to return to work after he became ill when he was “threatened with assault” at work, it has been claimed in the Seanad.

This “sinister scandal” was revealed by Sinn Fein senator Paul Gavan at Seanad Eireann, and as a result, the Minister for Health Simon Harris has now called for an investigation.

He said that there is “something rotten at the heart of management at University Hospital Limerick”.

“Cathaoirleach, this morning I want to bring to the attention of the house very real concerns in relation to what is happening in University Hospital Limerick. I am not just talking about the ongoing scandal of the ED department, the worsening trolley crisis, that is absolutely desperate.

“But there is something altogether more sinister apparently happening within the hospital. I can tell you this morning that the industrial relations climate in the hospital is at an all-time low. In fact, I understand the Workplace Relations Commission have been called in, originally by Siptu but now by all of the unions because they have lost faith entirely with hospital management,” he told Seanad Eireann this week.

“There is an absolute scandal about a senior shop steward, a man I know personally, who is not being allowed to return to work. He didn’t do anything wrong, he hasn’t been accused of anything by the hospital. In fact, he was threatened with assault while in work. He became ill."

The Senator said that the shop steward is a senior spokesperson who stands for colleagues at UHL and was given no explanation as to why he has been refused to return to work.

A spokesperson for the UL Hospitals Group said it "cannot comment on individual cases regarding employees for reasons of confidentiality and is liaising with the employee concerned and his representatives regarding this case, as is the normal procedure".

“There are ongoing reports of bullying and intimidation of staff. There are credible reports of people being appointed to positions without any interview process; people who happened to be direct relations of senior management in the hospital.”

The spokesperson responded that "all appointments at UL Hospitals Group are subject to our normal recruitment and selection process".

Sen Gavan condemned the privatised radiology service at UHL, claiming that private patients are seen in less than two weeks, but public patients could be “languishing” for months and years without treatment.

UL Hospitals said: "In regard to our radiology services at University Hospital Limerick (UHL), such services are provided to all patients of the region regardless of their eligibility status. There is the provision within the  consultant common contract for a public/private patient ratio. This provides that consultants can see a percentage of private patients. This is no different to other hospital groups or any other consultants on such contracts."

Regarding outsourcing and privatisation of services,  UL Hospitals has outsourced work to private companies in exceptional circumstances only, such as for MRI services where there were long waiting lists.

“I can tell you that the impact of all of this is that staff are at their wit’s end and there is something rotten at the heart of management in University Hospital Limerick,” he said.

“All of us are suffering at the moment, in terms of what isn’t working right in the hospital. But, actually, I have to say the staff, I think, are suffering most of all right now,” he said.

Sen Gavan said that he has written to Minister for Health Simon Harris, and he has received a commitment that an investigation will look into the allegations.