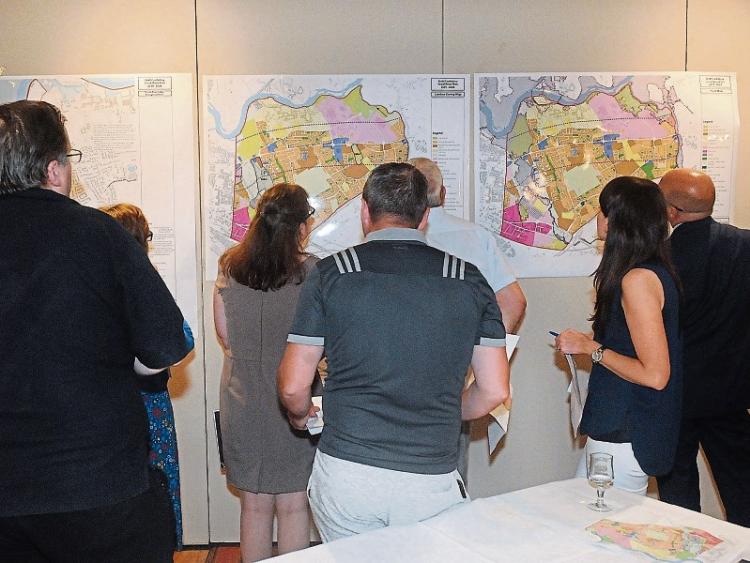 THE final draft of the Castletroy Area Plan is likely to come before Limerick's councillors early next year for their consideration.

A public consultation process is underway following the publication of the draft plan by Limerick City and County Council.

As part of that process, stakeholders and members of the public are being encouraged to make submissions to the local authority by July 2.

Covering an area totalling more than 11 square kilometres the plan will run from 2019 to 2025.

“The purpose of this plan is to identify the zoning and the development potential for the Castletroy area for the next six years and we want to get people’s comments and views as to what they think of the proposed plan,” said Maria Woods, acting senior planning with the local authority at a public information meeting at the Kilmurry Lodge Hotel.

Colm Breen, Annacotty, says traffic congestion is a major issue for those who live and work in the area.

“We do have issues with congestion in the mornings and so it’s important that whatever plan is there is future-proofed and my question is are we overly relying on the Northern Distributor Road given the projected (population) increases? Also, I would like to see what long-term facilities there will be for the locals,” he said.

Castletroy resident Aengus D’Arcy, who attended the information evening, said it was important that local people get involved and have their say on the plan.

“I’m interested in the development of the local area and specifically in the area along Golf Links Road where there is potentially going to be a lot of development including a couple of new schools and there are new roads as well and  they are talking about creating a Groody Valley Park with walkways and cycle paths,” he said.

Senator Kieran O’Donnell, who lives in Monaleen, said it is important people have their say.

Cllr Joe Pond says proposals in the draft plan to dezone around 20 hectares of lands currently zoned for residential use make no sense and may have to be reviewed.