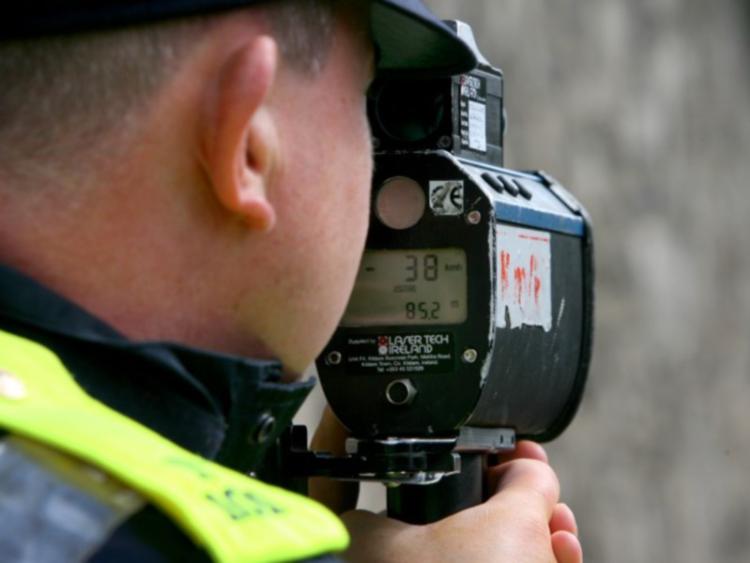 Gardai are warning they will be out in force across Limerick from 7am this Friday as part of a national 24-hour crackdown on speeding.

Gardai will also be issuing advice to motorists and reminding drivers of the dangers of driving at excess speed.

National #SlowDownDay is taking place from 7am this Friday, the 25th of May to 7am on Saturday, the 26th of May. Support the campaign by slowing down. Demonstrate your support by sending us a pic of you with your thumbs up (but not while driving!) pic.twitter.com/VEQsT0fPkG

Limerick City and County Council as well as other State agencies have been invited to participate in the initiative by circulating employees with the key message to "Slow Down” and, whether driving for business or private purposes, to always drive within the speed limit and at a speed appropriate to the prevailing conditions.

“We appeal to all drivers to slow down and support our National Slow Down day. This will reduce injury and tragedy on the road. Although last year was the safest on record in terms of road safety, there is no room for complacency. Please stick strictly to the posted speed limit, but if the road, traffic or especially weather conditions dictate reduce your speed even further.,” said Chief Superintendent Finbarr Murphy, Roads Policing Bureau said:

There were a number of notable detections in Limerick during the last National Slow Down day last October.