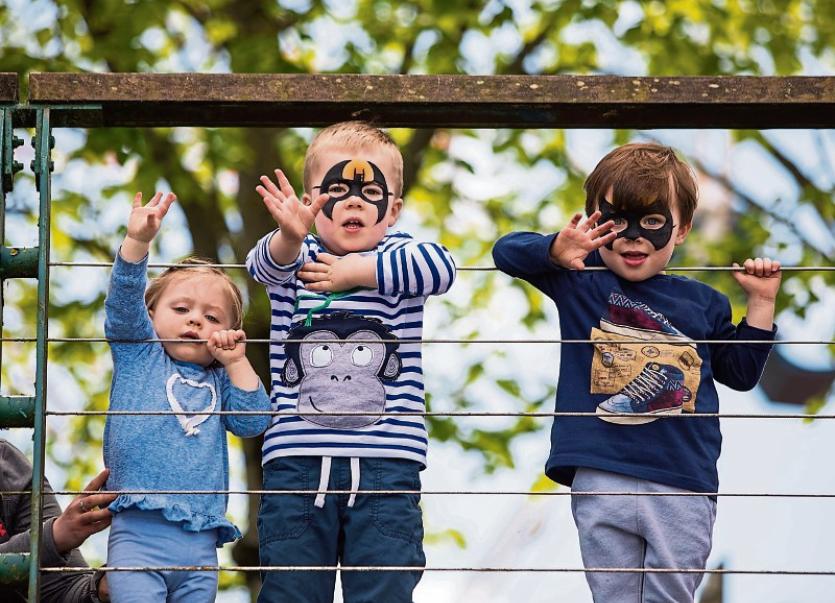 THERE were sensational sights, smells and sounds on the Shannon today as the centrepiece of Riverfest 2018 took place.

Beautiful warm and sunny weather saw thousands of people turn up to the Boardwalk and Howley’s Quay, where the annual barbecue contest - the biggest in Ireland - got under way.

Some 30 cooking teams from across Limerick took part in the barbecue cooking a range of dishes, including beef, chicken and fish.

The overall prize was shared between two barbecue teams this year: Pharmacia Bar and the Limerick Pride committee.

Other groups and businesses cooking for the public included Corbett Suicide Prevention Limerick, Adapt House, the Limerick Fire and Rescue Service, Bowes-Ryan Cafe, and the Limerick Leader’s very own team, the ‘Limerick Feeders’.

One of the thousands of people in attendance, Garryowen man Paul Broderick was delighted with the spectacle.

He said: “It’s a beautiful day for Limerick, there’s some great craic. We’re recognising our river again. We have ignored it for too long, now we can acknowledge it in all its glory. It’s a great weekend. I’m heading down to Arthur’s Quay Park now, so a few beers there should make a good highlight for me!”

The #RiverfestLimerick barbecue has joint winners this year! Congratulations to Diarmaid O'Connor of @pharmaciabar and Limerick Pride members Darren Moloney and Leon McNamara receiving their trophies from Caroline Curley of @LimerickCouncil @RiverfestLmk pic.twitter.com/BMFE0rCPfs

Crowds enjoying the food on offer were also treated to various shows on trhe Shannon, including a ‘Sea Breacher’ vessel, which charged between Thomond and Sarsfield Bridges.

A zipline also sprang up over the River Shannon between Arthur’s Quy and Honan’s Quay, while watersporrts taster sessions and tours were also offered.

The barbecue is just one of many events taking place in Limerick this weekend.

Later tonight Jack L will play in Dolans, while there will be a night-time kayak tour from Limerick Boat Club. Sunday night will see Bell X1 play live in King John’s Castle.

Tomorrow, up to 13,000 people will pound the city streets as the Great Limerick Run takes place.

And there will be a spectacular firework display over the Shannon on Sunday evening around 10pm.

Riverfest comes to a close on Bank Holiday Monday, with a relay race and a cycling tour, with the action concentrated mainly around the Riverfestival Village at Arthur’s Quay park.

For more information on what's on, visit: www.limerick.ie/riverfest.

For pictures, and further reaction from the Riverfest Barbecue, please see the Leader, out Wednesday morning.