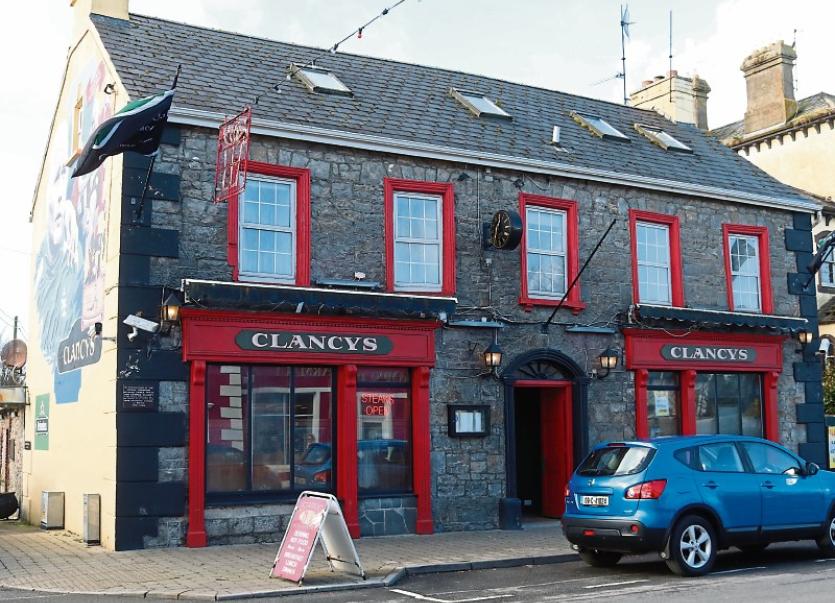 The defendant was refused entry to Clancy’s bar in Bruff but he tried another method of getting a drink Picture: Michael Cowhey

A MAN refused entry to a popular County Limerick pub broke a PVC door with a beer keg to gain entry to get a drink.

However, the defendant, who was “very drunk”, broke the wrong door and ended up in an adjoining apartment, Kilmallock Court heard.

Sergeant Michelle Leahy said at 2.40am on January 21, 2018, the accused was refused entry to Clancy’s Bar in Bruff.

“He broke a PVC door with a beer keg to try and get a drink. The side door accessed the apartment above the bar. The people in the apartment saw a man walking around. The gardai were called. The defendant was very drunk on the night in question,” said Sgt Leahy.

The sergeant said that Mr Keogh has no previous convictions and has paid €1,135 - the cost of the damage - to the injured party.

Sabina Hegerty, solicitor for the accused, said her client is “extremely apologetic”.

“He is 32 and works full-time. He has no memory [of the night]. He drank too much - no excuses. He is more than disgusted with himself,” said Ms Hegerty.

Despite having no recollection of what happened, the solicitor said Mr Keogh “accepts he did it”.

“He has entered a plea on the first day. We didn’t seek disclosure. He has learned his lesson - a very expensive lesson. He hasn’t been out drinking since. The next time he has a drink he will be monitoring it,” said Ms Hegerty.

Judge Marian O’Leary said Mr Keogh was a 32-year-old man with no previous convictions and has paid the cost of the damage.

“If you pay the court poor box €400 I will strike the matter out,” said Judge O’Leary.

On behalf of the State, Sgt Leahy had no objection.