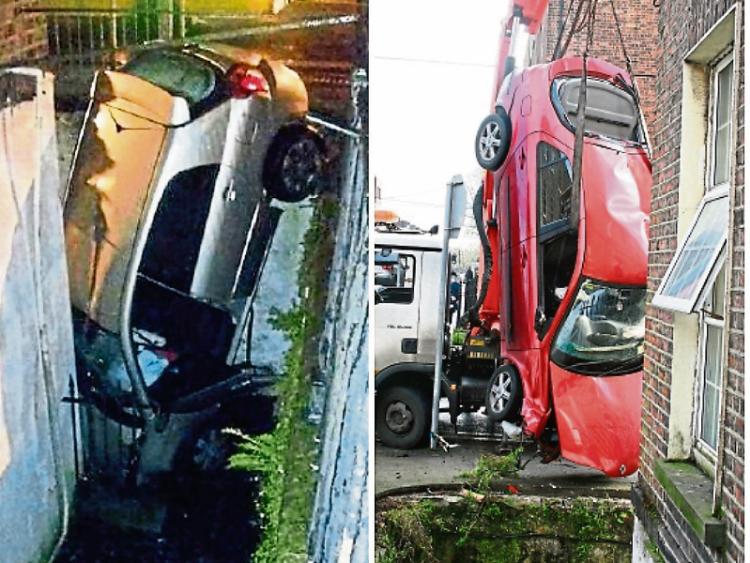 CONCERNS have been expressed about the prevalence of illegal parking near junctions in the city centre at night time.

Limerick City and County Council, which is in discussions with gardai in relation to the matter, says such parking reduces drivers’ sight distance and presents an unwelcome hazard to motorists.

Of particular concern, it says, is the number of cars being parked on double-yellow lines near junctions.

The comments were made in response to queries from this newspaper following a collision at the weekend which resulted in a car crashing through railings and entering a basement in the city centre.

The incident at the junction of Mallow Street and Catherine Street happened at the exact same location of a similar incident in February 2013.

The driver of the car – a woman in her 40s – was taken to University Hospital Limerick as a precaution while the occupants of a second car – three young men –  were examined by paramedics at the scene.

While noting that a garda investigating into the incident is underway a spokesperson for Limerick City and County Council said it is satisfied that all regulatory provisions (ie stop signs) and road markings are in place at the junction to enable required sight distances and safe vehicle manoeuvres at appropriate speeds.

A spokesperson for the local authority added that all appropriate traffic lighting is operational in the area where the collision happened. Emergency services attended the scene of Saturday night’s accident for a number of hours with a crane being used to remove the silver car from the basement.

There have been a number of other collisions at the same junction in recent years while there have been at least two other incidents where cars have ended up in basements following collisions elsewhere in the city – including at Pery Square and Hartstonge Street.

Gardai at Roxboro Road are investigating the circumstances of Saturday night’s incident and anyone with information is asked to contact them at 061 214340.