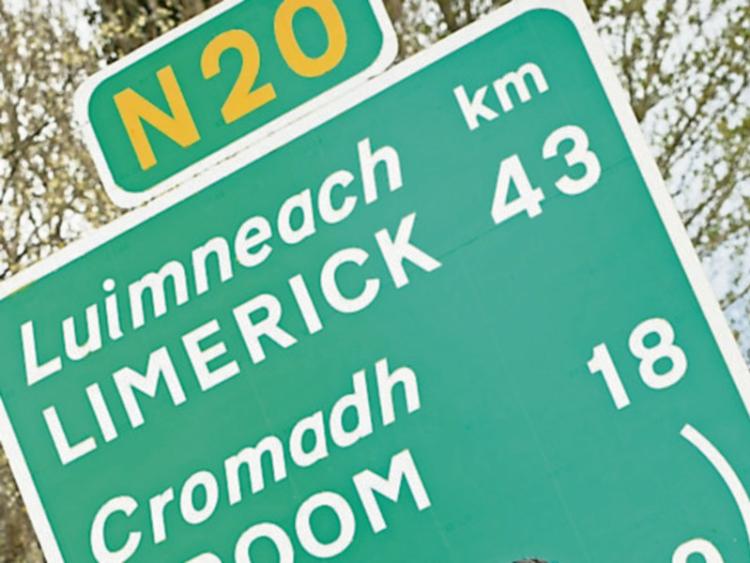 A SINN Fein councillor has called for a united front by councillors to ensure that the selected, direct  route for the proposed M20 motorway  from Limerick to Cork remains  unchanged.

The call, from Cllr Seamus Browne, follows  reports that a link from Limerick to Cahir  on the M8 Cork-Dublin motorway could be considered as a cheaper option.

“Suggestions of a cut-price motorway link between Limerick and Cork by diverting to the M8 motorway would be a disaster for both West Limerick and North Kerry,” the Abbeyfeale-based councillor said. “It would drive traffic away from the county and effectively lead to further economic isolation. It  would also have a very negative impact on potential tourist growth in West Limerick  and North Kerry,” Cllr Browne said.

“We need Limerick politicians of all parties to insist on the direct route connection through Charleville and Mallow which will allow for much greater connectivity with the west of the county,” he continued.

“Limerick City and County Council needs to speak with one united voice to rule out this shortsighted penny pinching proposal.”

Plans for the M20 Limerick-Cork motorway were shelved in 2010 during the recession due to lack of money for the €1bn project but the 105km route selected followed roughly the line of the existing Limerick Cork road.

Meanwhile, both Limerick and Cork Chambers of Commerce have commissioned consultants in a bid to make a watertight  business case for a direct Limerick to Cork route which they say is vital for the creation of “ a dynamic and formidable Atlantic corridor.”

That report is due next month and will be presented to the government.

But fears have now emerged that revisiting the plans, and financial considerations, could also reopen the route selection.

A motorway connection from Limerick to the M8 at Cahir  could be as much as 63km shorter and cost up to €340m less.

However, it would also mean the Limerick to Cork journey would be much longer, at  141km, or 36km longer than the direct route.

Kieran Lehane, director of transport with Limerick City and County Council,  confirmed  the North/South proposal, approved by Transport Infrastructure Ireland, is the policy of the council.

Consultants to carry out the re-examination are being appointed and due to report before September.

However, a senior engineer with the council’s road design team, has cautioned that a revisit of the plans involves looking at all aspects.

“It is possible for a different route to be selected.”