A Christmas miracle as Limerick toddler switches on lights

Neil Shanahan is given pride of place at Light Up Limerick 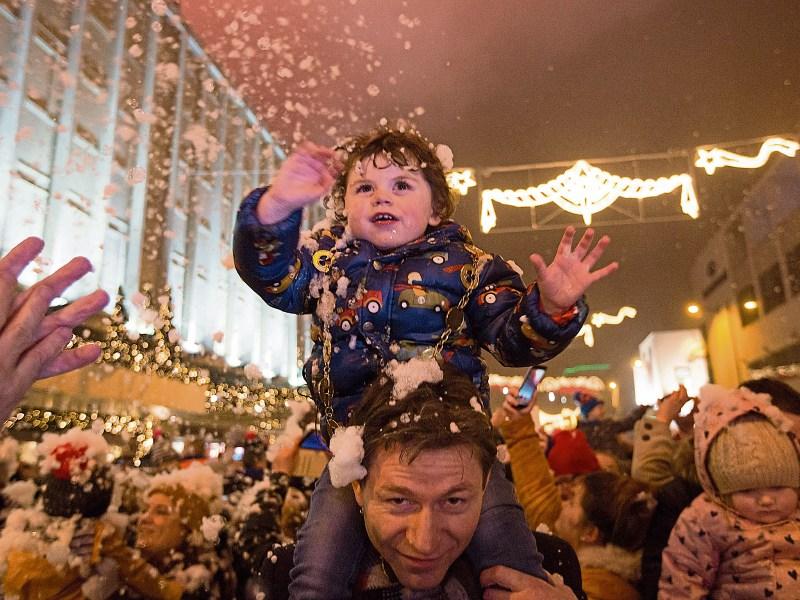 Neil Shanahan with his dad Mike at the Light Up Limerick event Pictures: Sean Curtin

A CHRISTMAS miracle was celebrated in Limerick as two year old Neil Shanahan, who survived a fall from the sixth floor of the Strand Hotel earlier this year, switched on the festive lights in the city.

Large crowds turned out for the Light Up Limerick event this Sunday evening, which kickstarts five weeks of seasonal celebrations in the city.

Neil, who was accompanied by his parents Martina and Mike, was given pride of place. The Farranshone boy has defied the odds by not alone surviving the fall but making a steady and remarkable recovery. 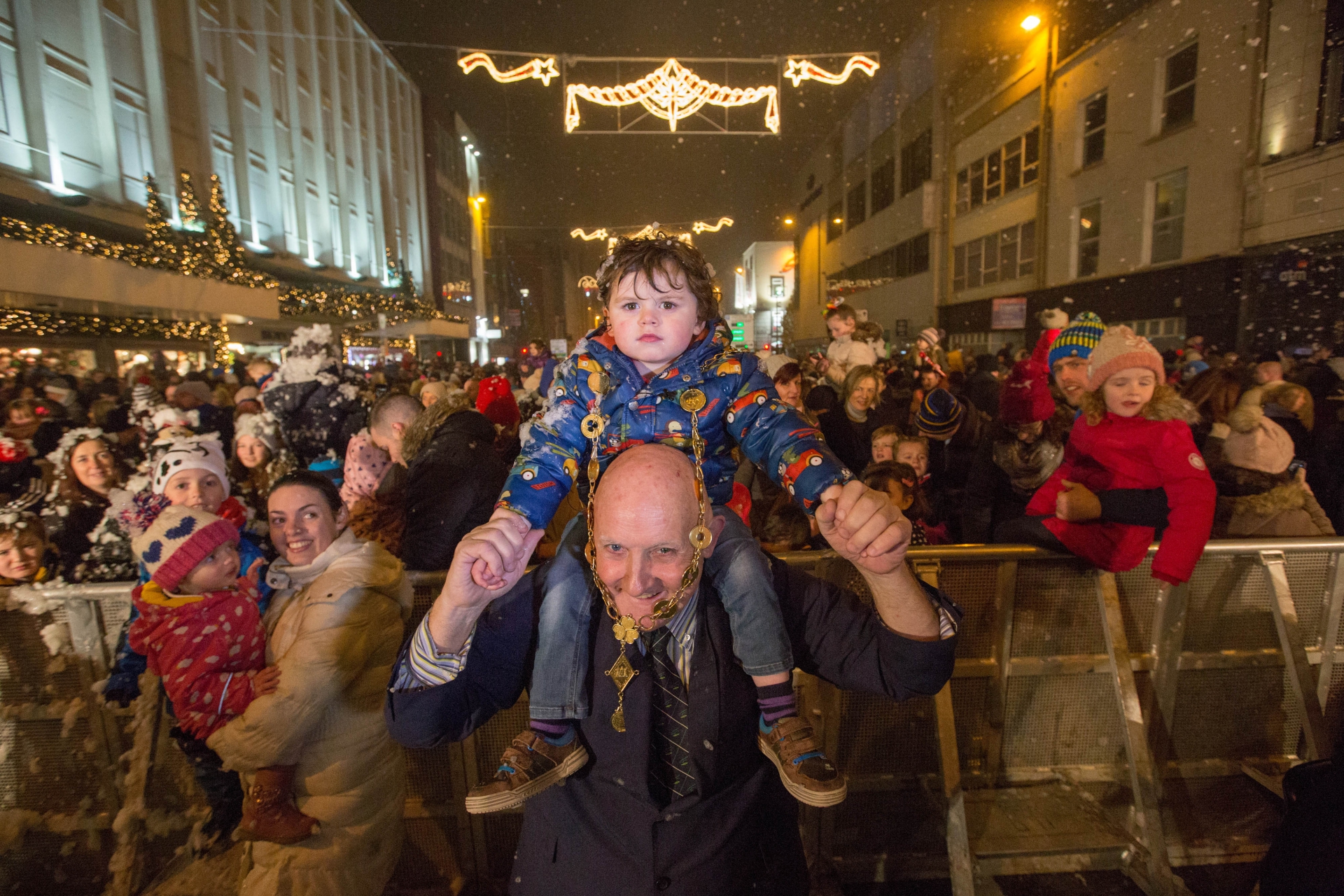 Martina said: “I’m not sure we can possibly have a better Christmas than this. We are here tonight at the invitation of Limerick City and County Council, turning on the Christmas lights when it could have been so different.

“It could have been the worst Christmas imaginable but it’s turned out to be the one we are most grateful for because Neil is with us.

“It does make us think, at the same time, of those who have not been so lucky and our hearts really go out to them.”

The Limerick youngster’s father Mike added: “We were delighted to be invited in for this. It was an incredible experience tonight.

“Neil, having had so many medics around him during his recovery, is well used to attention and he lapped it all up. He loved it.” 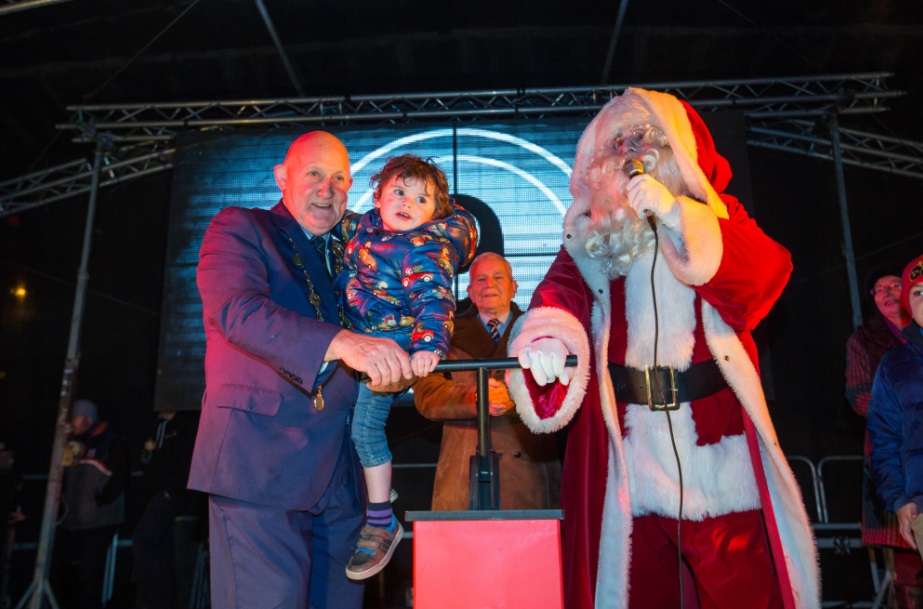 “We’re delighted to have had this incredible young man with us tonight. His story is one that gives us all hope and Christmas is a great time for hope. To see the smile on his face and his parents’ face was fantastic.

“The crowd was huge and there was an amazing buzz. Limerick is really the place to be right now in so many respects. It’s a great start to what is going to perhaps the busiest Christmas ever in Limerick.

“We’ve decorated it accordingly, putting our biggest ever spend into the lights display and no better boy to switch all this on than Neil,” he said.

The annual magical unwrapping of the festive season in Limerick got a significant boost, with the council splashing out €100,000 on a brand new Christmas lights display.

An estimated crowd of 4,000 turned up – according to the council –for the the Light up Limerick switching on ceremony, organised by the authority in partnership with Limerick Chamber, which took place on Sunday evening at 6pm outside Brown Thomas on O’Connell Street on a specially constructed stage.

Prior to the switching on, the crowds were entertained by street performers and musicians, with soprano Sinéad O’Brien, Unity Gospel Choir and Jason Hennessy warming up the crowd. 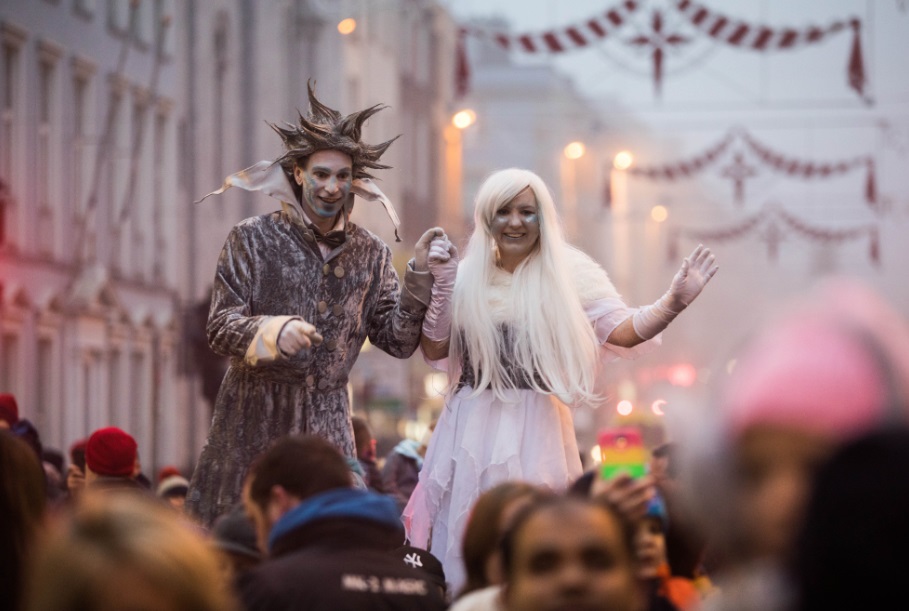 Snow cannons created a real festive spirit, while the skies also lit up at the end of the event with a dazzling pyrotechnics display.

Laura Ryan, head of marketing and communications with the council, said that Limerick was “undergoing a real renaissance at the moment and, in keeping with that, Limerick City and County Council is investing more heavily than ever in turning it into one of the top Christmas playgrounds in the country this year.

“People who come to Limerick this Christmas, including from neighbouring counties and further afield, will get a real sense of celebration from the moment they turn into the city centre. Christmas has always been special in Limerick and this year it will be more than ever and with an open invitation to all to come and enjoy,” she added.

Chamber president James Ring said “we have much to celebrate in Limerick today as it’s a city very much on the up”, adding that “the rise in sentiment and confidence here permeates Christmas also.

“Whether it’s coming to shop or socialise in Limerick this Christmas, people will definitely get an air of celebration and it started brilliantly tonight with the switching on of the lights,” he said.

Light Up Limerick was the starting point for five weeks of celebrations that also includes Musical Treats on O’Connell Street, a Christmas Craft Fair on Bedford Row, Santa’s Post Box, Limerick on Ice, The Enchanted Christmas Carriage, a host of live music at Dolan’s and Live at the Big Top, ten Days of Christmas themed markets at the Milk Market, Christmas at King John’s Castle and the Shannon Airport Christmas Racing Festival.