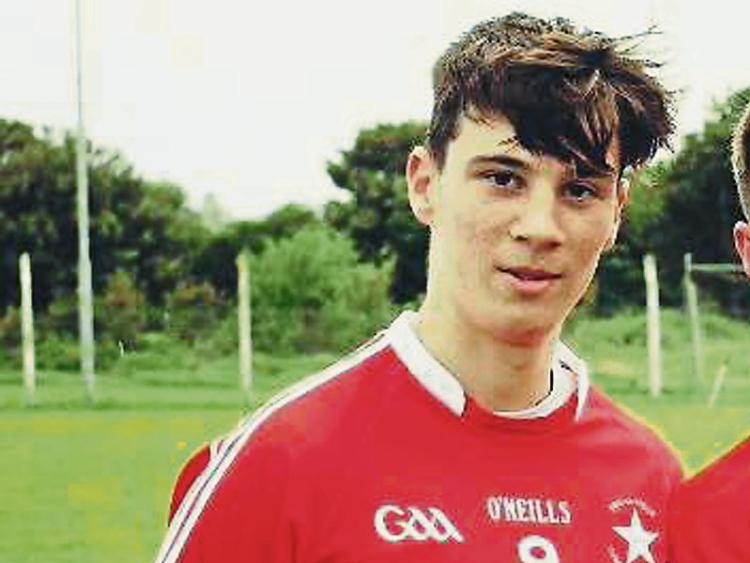 The late Luke O'Brien May, 18, who will be laid to rest this week

A TALENTED young sportsman and former altar boy has died during his Leaving Certificate examinations in Limerick.

Tributes are being paid across Limerick to Luke O'Brien May, 18, who fell ill suddenly last week and managed to sit his last exam in biology on Tuesday, though it's understood he had two other exams left to complete.

The cause of death is unknown.

Padraig Flanagan, principal of Castletroy College, said the school was “mourning a very valued member of the school community.”

Luke's two younger brothers, Ross, who is sitting his Junior Certificate, and Paul, who is a first year student, also attend the same school.

“He was a very popular young man and he was a very involved sportsman. Our deepest sympathies and condolences are with his family at this time,” Mr Flanagan told the Limerick Leader.

He said the school's crisis response team was offering supports to students who are struggling with the loss of a friend and trying to complete the last of their exams this week.

A photograph of Luke, alongside a candle and a book of condolences, have been placed in the school's prayer room to allow his classmates time to grieve and reflect on his life.

Fr John Daly, parish priest for Bruff, Grange and Meanus, said there was “ferocious shock” in the community.

“There is just complete numbness and silence. It's a terrible tragedy. People are caught for words. He was a beautiful young boy, who served as an altar boy here in Grange Church. There are no words for it,” said Fr Daly.

He said a number of matches in the locality were called off at the weekend, while prayers were offered in the hope that Luke, who hurled for Bruff, might make a recovery.

An enthusiastic hurling, football, rugby and basketball player, one of his managers with Aisling Annacotty AFC, John Doyle, said Luke was known for his "shy smile" and scored one of the best and most memorable goals for the club in an under-17 Cup final.

Elaine Joyce, another manager in Aisling Annacotty AFC, said Luke played with the club for five years and their “memories of Luke are new boots, new boots and new boots.

“The most up to date and most colourful [boots] - nearly one for everyone in the audience. It would not be unheard of him to change in the middle of game and not half time either," she recalled with fondess.

“Luke came to every session and match, and no matter how long we played, he wanted to stay for more, with pleas to his mother or father, who were always on the sideline, to let him stay.

“Even though Luke did not play junior soccer with us this year, he is remembered fondly by his team mates and for those who still had contact in school and otherwise he will be sadly missed by everyone,” said Ms Joyce, in a tribute on social media.

The Limerick Lakers Basketball club also expressed their sympathies and condolences to the family.

“Luke played with us for many years and made many friends along the way and we have lots of fond memories of him especially from our trip to Poland. He will be sadly missed by all his teammates,” said the club.

“To his brothers Ross and Paul who also play with our underage, we offer our support and friendship in the years ahead.”

The eldest son of Brìd and Denis, he will be reposing at his home this Tuesday from 5pm to 9pm, with removal on Wednesday at Our Lady help of Christians Church, Milford, Castletroy for 12 noon Requiem Mass, with funeral afterwards to Bansha Church Cemetery.