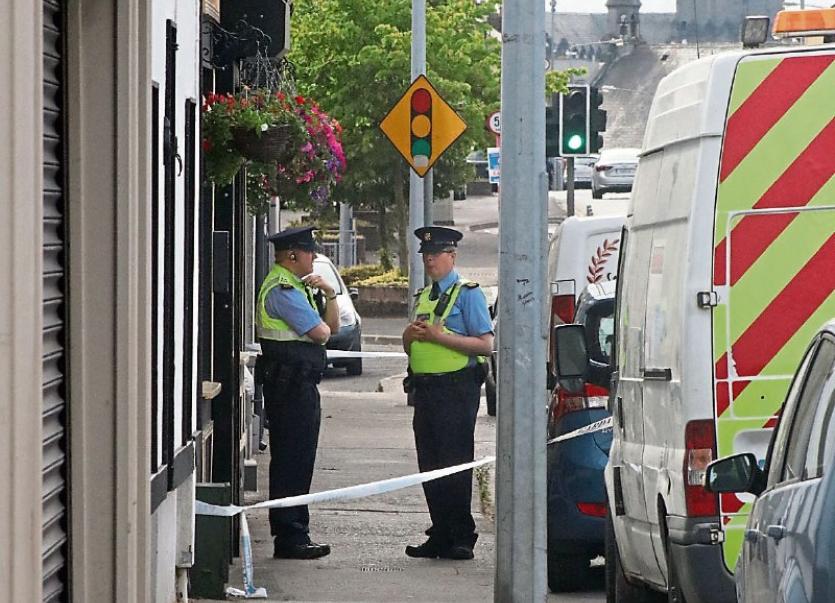 Gardai at the scene of the fatal stabbing in July | PICTURE: Liam Burke

THE garda file into a fatal stabbing at a pub in the city earlier this year is “nearly complete” and will be forwarded to the Director of Public Prosecutions in the coming days.

Formal directions are still awaited in the case of Mark Crawford, aged 41, of Distillery View, Thomondgate who is accused of fatally stabbing Patrick O’Connor in July.

The 24-year-old was attacked while socialising at his local pub, Fitzgerald’s Bar, on Sexton Street North shortly before midnight on July 7, last.

Mr O’Connor, who was from Kileely, died at University Hospital Limerick a short time after the incident.

A murder investigation was subsequently launched after gardai received the results of a post-mortem examination which was carried out by the state pathologist.

During a procedural hearing at Limerick District Court, Judge Mary Cashin was told the garda file is nearly complete and is “about to be be transmitted” to the office of the DPP.

Sergeant Donal Cronin said it will be a number of weeks before formal directions will be available from the DPP.

The matter was adjourned to later this month for review.