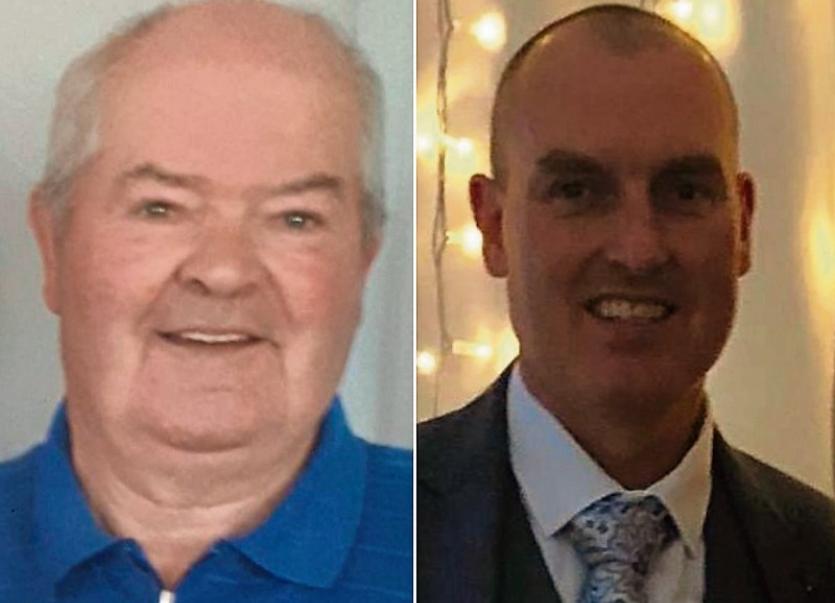 TWO communities in West Limerick are in mourning following separate road accidents at the weekend.

Gardai investigating a fatal hit and run near Ballingarry on Sunday night say they have no doubt the driver of a vehicle which left the scene is aware they were involved in a serious collision.

Danny Brosnan – a 76-year-old father-of-five – died after he was struck while walking near his home at Rylands, Ballingarry on the outskirts of the village shortly before 11pm.

An incident room has been established at Newcastle West garda station and Superintendent Eamon O’Neill this week issued a direct appeal to the driver of the vehicle to come forward – promising he or she would be treated with empathy and professionalism.

”All I can without going into the minutia (of the investigation) is I’m very very satisfied that the person involved in this accident is fully aware they were involved in an accident – they have to be,” he said.

Just over 24 hours earlier, Mike Sweeney from Knocknaboula, Foynes died from injuries he sustained in a road accident in County Tipperary.

The 48-year-old, who was a volunteer with Blood Bikes Mid West, was driving a motorbike which was in collision with a car on the N24 between Clonmel and Carrick-on-Suir at around 6.15pm on Saturday.

“It is with great sadness that we heard of the passing of volunteer Mike Sweeney. Our thoughts and prayers are with his loving wife Jules and the rest of the Sweeney family,” read a post on the organisation’s Facebook page.

Meanwhile, ahead of the Funeral of Danny Brosnan this Thursday, gardai renewed their appeal for information about the hit and run.

A forensic examination was carried out at the scene of the collision and gardai have also conducted house-to-house enquiries and gathered CCTV in the locality.

Gardai, who believe the offending vehicle had travelled from the Rathkeale direction prior to the collision, are also appealing to anyone with dashcam footage from Sunday night to contact them.

Supt O’Neill says he believes there are people who know the identity of the driver.

“I would appeal to family members who may have noticed a change in somebody’s behaviour since Sunday night or may have seen damage on a vehicle belonging to those people or any garage people who may have taken possession of a vehicle in last 36 hours that had unusual damage on it that may have been consistent with being involved in a collision with a pedestrian,” he said.

Local TD Tom Neville has paid tribute Mr Brosnan who was a “nice gentleman” who would always stop for a chat.

“I, along with the rest of the community, was shocked and saddened to learn of this tragedy. At this point in time, my thoughts and prayers are with his family, friends and loved ones,” said Mr Neville.

“If anybody can assist the gardai in relation to this, please contact them immediately,” he added.

Cllr Richard O’Donoghue said that shockwaves have been felt in the immediate locality in the aftermath of Mr Brosnan’s death.

“This is such a tragedy that has happened. Ballingarry is a very tight-knit community. It is very very hard for anyone to have to go through this,” he said.

“We as a local community will do everything in our power to help in whatever way we can. People must come forward so that we can find out what happened, and to give the family some closure on this tragedy. I pay my full sympathy to the family,” he said.

Gardai at Newcastle West are investigating the fatal hit and run and can be contacted at 069 20650.

Mr Brosnan, who is survived by his wife Biddy and their five children, will be laid to rest following his funeral Mass in Ballingarry this Thursday afternoon.

Separately, a County Limerick man, aged in his 30s, remains in a critical condition at University Hospital Limerick after the bicycle he was riding collided with a car on the N18 last week.

The man suffered "severe head injuries" following the collision, which occurred between Shannon and Ballycasey on Friday afternoon.

Gardaí are appealing for anyone who may have witnessed the collision to contact Ennis Garda Station on 065 6848100.