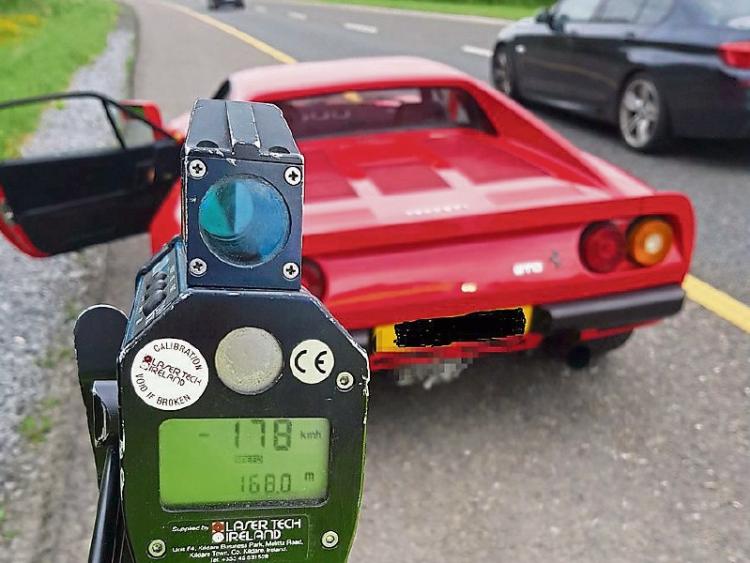 The driver of a high-powered sportscar is facing prosecution before the courts after they were caught speeding on a motorway in Limerick.

Gardai have released details of the detection which was made as part of a clampdown over the bank holiday weekend.

According to a post on social media, the red Ferrari was stopped after it was detected by members of the divisional Roads Policing Unit travelling at 178km/h – 58km/h above the limit.

Limerick Roads Policing unit, conducting speed check on Motorway network. There were a number of detections with the highest 178kph .... court to follow for a number of drivers. #slowdown pic.twitter.com/GqUHUi5AOu

Despite warnings that gardai would be out in force over the weekend, there have been a number of speeding detections in Limerick and elsewhere since Friday.

On Saturday, around 20 drivers were caught speeding on the N18 between Shannon and Bunratty.

Most of those caught speeding were fined and will receive penalty points.