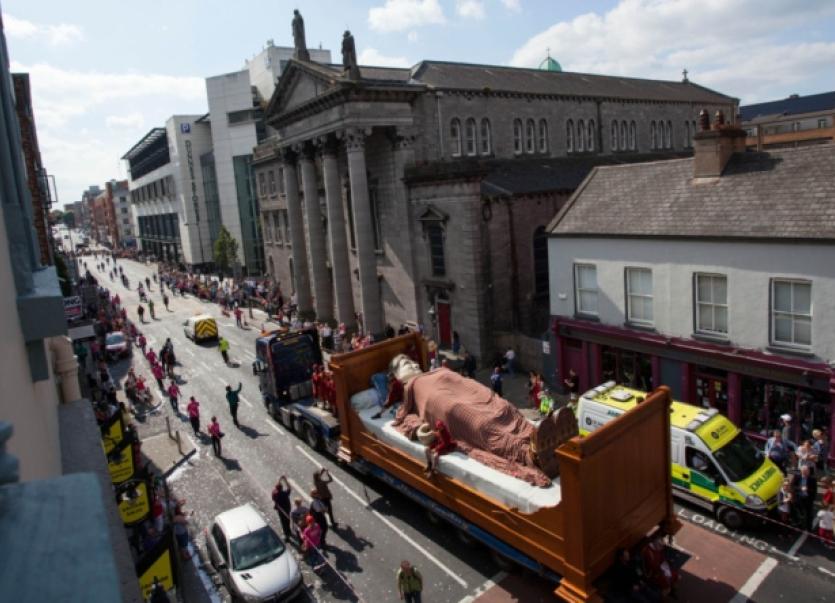 METROPOLITAN councillors in Limerick have formally passed plans for free parking in the city centre in a bid to boost flagging trade.

METROPOLITAN councillors in Limerick have formally passed plans for free parking in the city centre in a bid to boost flagging trade.

And in more ambitious plans, the local authority will also seek to introduce park and ride facilities on the outskirts of town after thousands of people utilised a free service for the recent visit of Royal de Luxe and the Limerick Giant, which drew crowds of 250,000 people out over three days.

Following a motion by Fine Gael councillor Maria Byrne, councillors unanimously voted to ensure the first 30 minutes of on-street parking would be free, while loading bays will be converted into parking spaces after 12 noon each day.

Many motorists have complained at being ticketed while away from their vehicle for just a short time.

While there is an unofficial grace period of ten minutes before traffic wardens issue tickets, Cllr Byrne wants a 30 minute waiting period written into local by-laws.

“Some people would only come into the city for one or two things,” she said.

“We have an awful lot of unique businesses, new businesses which have opened in the city, as well as the experienced businesses. Look at how many people came in for the Granny. While that momentum is there, we need to build on it.”

During the Giant’s Journey, people from across the county left their cars at six out-of-town locations - including UL, the Greyhound Stadium and the Racecourse - and took a bus into the city, with a massive take-up on park and ride services for the huge event.

It is anticipated that this scheme will now be extended, with a pilot project put in place in the run up to Christmas.

Cllr Byrne’s motion also called for an agreement be entered into with NAMA on the former Moloney’s garage on the Ballinacurra Road to be cleared and turned into a temporary car park in the run up to Christmas.

And in order to create further spaces in the city centre, she called for vacant buildings due to be demolished to be cleared in quick order to create more on street car parking.

Fianna Fail councillor Kieran O’Hanlon called for a balance between work-related vehicles which are taking away spaces of casual shoppers. Cllr Cian Prendiville also backed the motion, but stopped short of backing the call to demolish buildings.

“We don’t want a city centre that just has a series of car parks,” he warned.

Council official Eugene Griffin said that the various ideas were being explored, but warned over the financing of the free parking plan.

Cllr Joe Leddin - whose motion to have an hour of free parking was merged with Cllr Byrne’s - seconded the motion.