LIKE many over the sunny weekend, a shoal of basking sharks headed for Kilkee.

Manuel Di Lucia Jnr was out on his boat with wife Estelle at around 1pm on Saturday afternoon. Suddenly they weren't alone. They were joined by a shoal of basking sharks a mile and a half from the mouth of the bay.

"There was about nine or 10 of them. They were seven to eight metres in length. It is mating season for them. They were just hovering around the boat," said Manuel Jnr, who took the stunning videos.

He said it was an "amazing experience" to be so close to the second largest shark species in the world.

"They are absolutely spectacular," said Manuel Jnr. They were joined by members of Kilkee Diving Centre who took the incredible underwater shots. 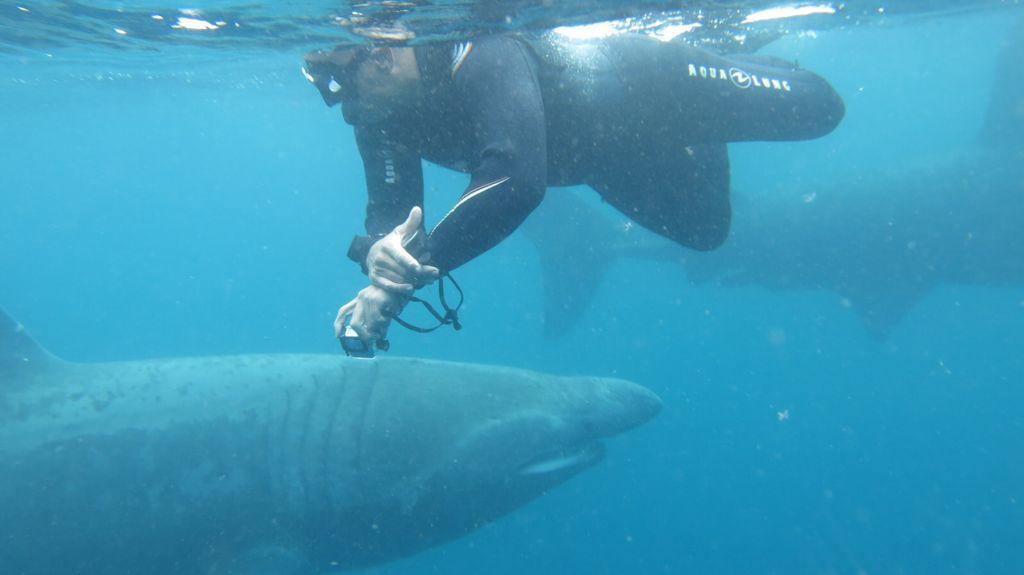 Although part of the same order, basking sharks do not share the same diet as their great white cousins.

Despite being the second largest fish in the sea, growing to over 10m long, they eat some of the smallest creatures in the ocean, plankton.