IT WAS a red-letter day in the city as the sod was formally turned at an €80m riverside project.

The development at Bishop’s Quay, which has been officially named 1BQ has begun construction following delays by the pandemic.

Mayor Daniel Butler joined his uncle Robert Butler, and cousin Rudi Butler, who is leading the scheme, for a special ceremony.

The massive project which will see a nine-storey riverside block at its heart will deliver 150 jobs in construction alone, with multiples more potentially after that.

Due for completion in autumn 2023, it is being built on the site of the city’s former ESB building and is being led by development firm Kirkland Investments.

“As our economy recovers from the Covid-19 downturn, 1BQ brings promise and potential. Not only does it support jobs – both during the construction phase and after – it also benefits Limerick’s reputation as a city that is great to live and work in,” he said.

1BQ will comprise of 110,000 square foot of high-spec office space, with 34 luxury apartments, plus retail space for hospitality, businesses and more than 100 underground car parking spaces. 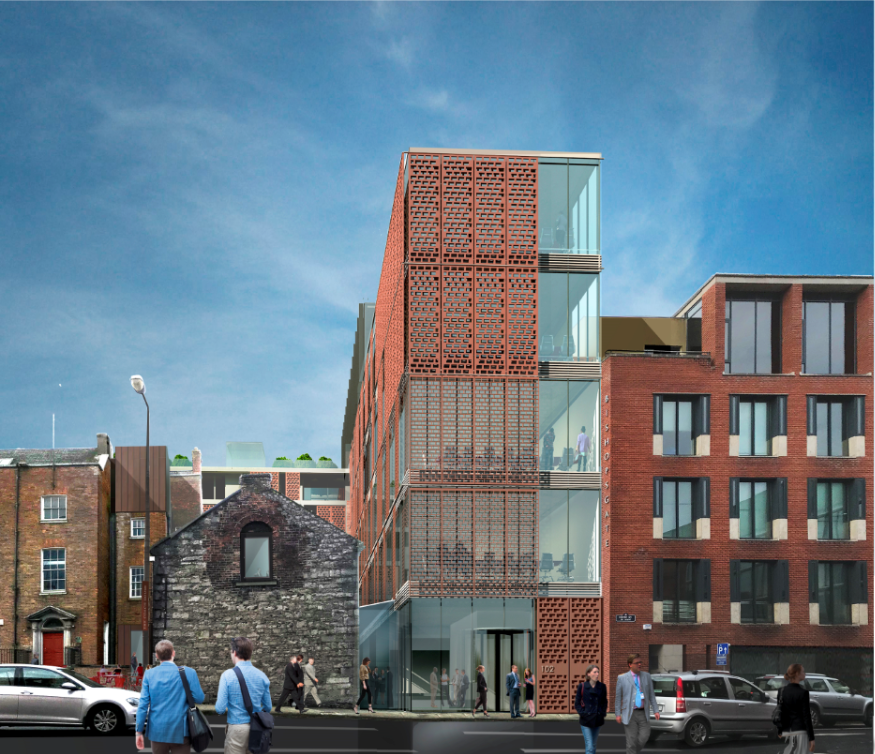 1BQ will have the potential to house up to 600 new staff.

Kirkland Investments chair Rudi Butler said: “We hope 1BQ represents the beginning of a significant transformation for Limerick - a transformation that we as a local development company are keen to champion. Whilst we have been purposefully measured in our approach in terms of its scale, 1BQ is an ambitious development. It’s set to be the first building of this grade in the city and is a significant milestone as the city recovers from the pandemic and continues to compete with national counterparts.

Initial construction work began in May 2020 as the ESB building on Cecil Street was demolished, along with the rear annex of the former Bord na gCon offices next to Henry Street Garda Station.

The Limerick Leader exclusively first revealed details of the project back in August 2016.