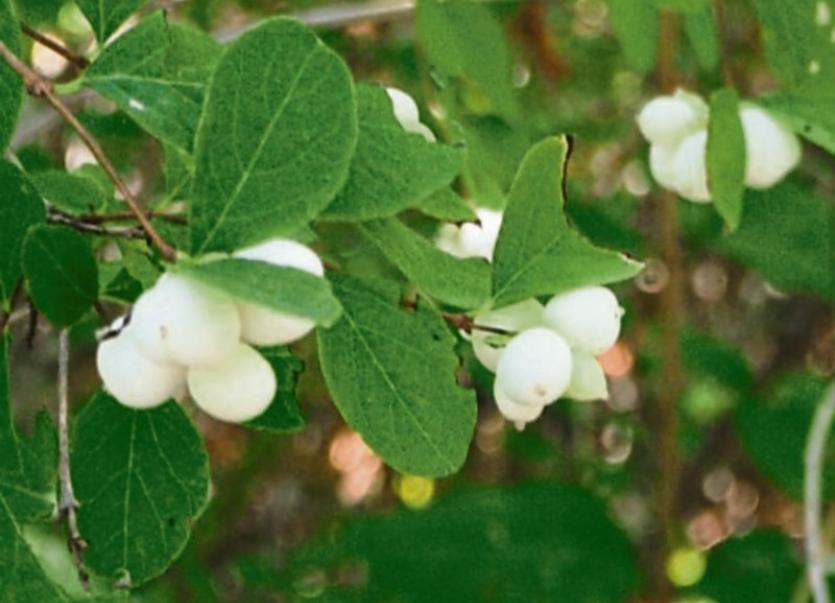 Snowberries are generally not eaten by birds

THE weather was perfect for walking as I joined the staff and students from Doon CBS for a nature walk along the Kilmoylan Bog trail. This varied walk stretches for 5km but was no bother for these active boys. The school is also working on its active flag and discovered nature is a great way to get some fresh air and keep fit. One of the teachers was well dressed and he would not have looked out of place on an alpine hike.

Some of the students set off at a canter, but with a long walk ahead, we had plenty of stops to learn about nature. Ivy was the first stop and this evergreen shrub is vital for wildlife. It provides shelter throughout the year and pollen and nectar for late flying insects. The hard purple berries ripen in spring, and are an important source of energy for birds and animals.

There are fine oak trees along the walk. Some of these are a few hundred years old but if left alone they might reach the ripe age of a thousand years. We examined some oak apples. These hard marble shapped galls are home to a tiny wasp larva. Some trees can be covered in them while others are bare. Later on we also found an artichoke gall a new one for me and these are also caused by a wasp.

The white berries of snowberries were still on the branches. They are generally not eaten by birds but I recently saw a flock of hungry starlings eating the berries. Growing up through the snowberry there was dog rose or itchy backs.

The hips or berries are eaten by wild creatures, and when ripe they can also be squirted down someone’s back and the seeds make them itch. There were also a few hawthorn berries left but most had been eaten. With natural food running out, it is really important to feed birds in your garden.

Hartstongue fern or as the boys called them, lizards tongue were growing along the shady bank. Some of the fronds were at least a foot long. Underneath we could see the sori or spore capsules. These were in lines on the underside of the plant.

There were lots of species of fungi, and the most interesting was mini puffballs. When you squeeze them a cloud of spores puffs out, and this gives them their alternative name of sheep’s or wolfs fart. This is something that the boys had no problem remembering from their walk.

Next we headed a short distance into the woods conifer woods. A thick carpet of pine needles covered the forest floor. The lack of light and acidic needles means that practically nothing grows on under these trees. In a deciduous wood there would be a rich carpet of flowers, herbs and shrubs.

Alder cones were hanging from the branches, and when we broke them open we found dozens of papery seeds that are eaten by birds.

We paused for a quick break and snack by the seating area. This has informative wildlife signs that tell about all the different birds, butterflies and insects that have been recorded along the walk.

While discovering nature is important, the students also found time for essential fun. Breaking the icy puddles is a game that spans the generations. There efforts attracted the attention of a very friendly robin. He hopped down to probe in the soft mud exposed under the broken ice.

Well done to all the staff and students for completing the walk and also finding out about the wildlife that inhabits the Kilmoylan Bog trail.