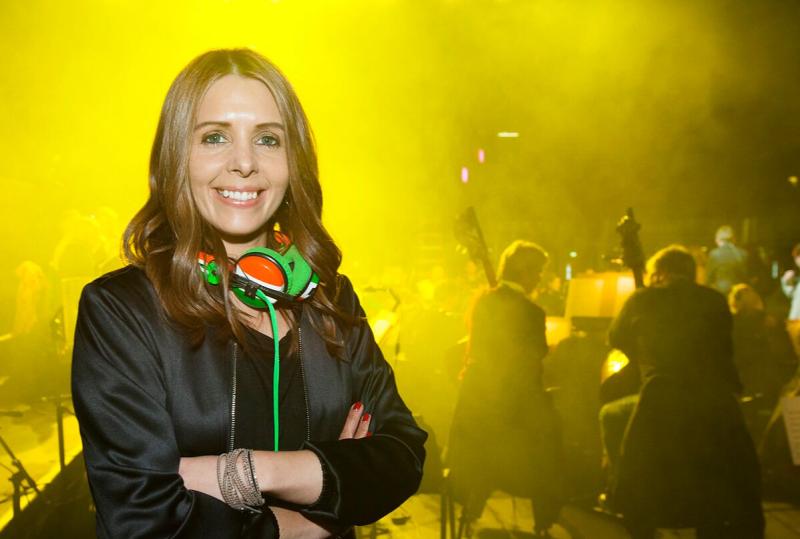 DOLANS Presents has announced that 2FM Live with Jenny Greene and the RTÉ Concert Orchestra have been confirmed to return to Limerick as part of the Live at the Docklands series in June 2022.

The popular DJ and broadcaster will perform with the RTÉ Concert Orchestra on the waterfront in Limerick city in a specially-delivered performance space.

They will be joined on stage by Gemma Sugrue and some very special guests. The collaboration has gained a reputation for giving fans an unparalleled live experience.

Jenny Greene’s 2019 performance with the orchestra in Limerick was a sell-out event and one that received critical acclaim.

'A massive success': Limerick goes one step beyond at Live at the Docklands concert series

Starting out as a one-off performance in Rankins Wood at Electric Picnic 2016, the collaboration of Jenny and The RTÉ Concert Orchestra has sold out festivals and venues across Ireland over recent years.

Described as a project of nostalgia, the show sees reimagined dance classics played by a 48-piece live orchestra, and featured vocalists which have previously included the likes of Maverick Sabre and Paul Reid.

Jenny Greene, one of Ireland’s most successful DJs, presents the biggest dance show on Irish radio every Saturday night on RTE 2fm. Her Electric Disco Tour is the most in-demand club booking in the country.

Commenting on the announcement, Mick Dolan of Dolans Presents said: “We are delighted to be welcoming back Jenny Greene and the RTÉ Concert Orchestra for Live at the Docklands in 2022. Anyone who attended her 2019 performance in Limerick will remember the unique atmosphere created that night. The past 18 months has been a huge challenge for all of us involved in the music industry. The support of audiences will be crucial going forward as we reignite the evening economy in the city and attract some of the best local, national and international acts to Limerick."

Working closely with Shannon Foynes Port Company, Dolans Presents will once again use a section of Limerick Docks located just off Atlas Avenue as a location for the Live at the Docklands series.

The Live at Docklands series in Limerick for 2022 will also feature The National and Hermitage Green. All events are expected to sell quickly and early booking is advised.

Tickets for Jenny Greene and the RTÉ Concert Orchestra playing Live at the Docklands in Limerick go on sale this Friday, November 12 at 9am at www.dolans.ie.