'A massive success': Limerick goes one step beyond at Live at the Docklands concert series 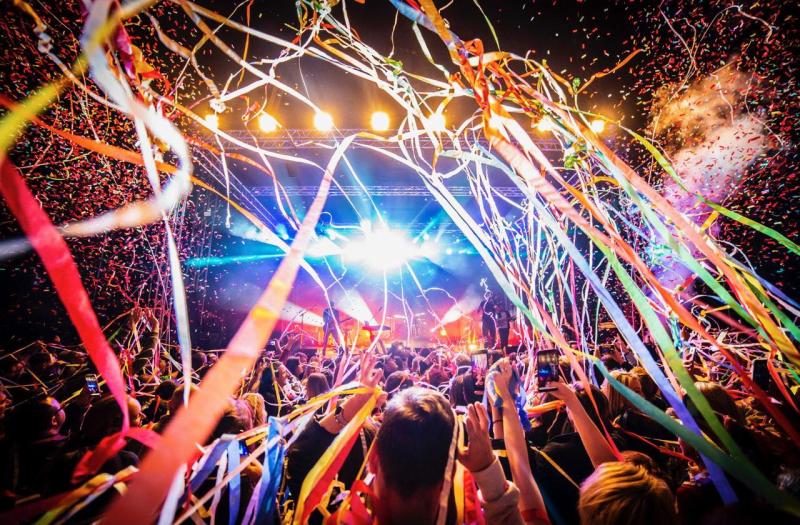 DOLAN's Presents has been highly-praised for its festive Live at the Docklands concert series, which was attended by thousands of music fanatics over the June Bank Holiday.

The Atlas Avenue venue hosted a vast array of acclaimed musicians over the course of the eagerly-awaited three days.

Ska legends Madness, with support act Touts, kicked off the sensational weekend with their much-loved hits, including One Step Beyond, Baggy Trousers and the show encore Night Boat to Cairo.

THAT. WAS. EPIC. @dolans_limerick and @dolanspresents went one step beyond this weekend with the spectacular Live at the Docklands concert series, starting with ska legends @madnessband, followed by @jennygreene and the @rteconcertorchestra, and concluding with the sensational @thecoronasofficial on Sunday night. @shane_serrano brilliantly captures the party atmosphere at last night’s finale We’re already looking forward to next year! . . . . #EpicWeekend #ThanksDolans #LimerickCity #Limerick #Entertainment #MusicFestival #Yurt

The Coronas always deliver when in Limerick. Danny O’Reilly and the lads brilliant. Including the surprise at the end. Come back! @TheCoronas #Limerick pic.twitter.com/36ING2xK5k

On Sunday, Dolan's Presents issued an alert that the opening times were to be postponed due to adverse weather conditions. But despite the elements, thousands enjoyed the Docklands' grand finale, featuring a talented line-up of Ryan McMullen, Thanks Brother, Josh Grey and headliner The Coronas.

There was huge praise for the concert series on social media throughout the weekend.

It was pure class - I felt like I was back in secondary school! #Madness https://t.co/uQxOEnDg6Z

Shannon Foynes Port Company tweeted: "As the curtains come down on a fantastic weekend festival of music. Congratulations to the team @DolansPresents. Looking forward to 2020."

Public figure and former secretary general of the Department of Finance, John Moran described the Jenny Greene performance as "superb".

"Even the rain could not dampen a fabulous concert. Such a fresh retake on RTÉ symphony. I say move them to Limerick if Dublin do not want to finance them," said the Land Development Agency chairperson.

Dolan's Presents took to Twitter to thank the thousands who attended the concerts over the Bank Holiday weekend.

"Thanks to everyone who came out and made the inaugural #LiveAtTheDocklands @Limerick_ie Concert Series such a massive success!"