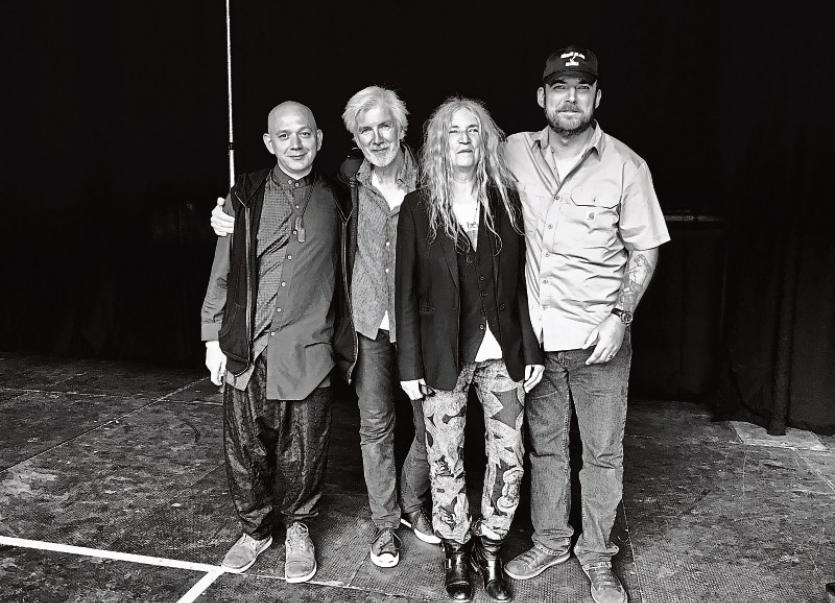 Patti Smith will play All Together Now

THE iconic Patti Smith and Hot Chip are among the line-up for ‘Chapter Two’ of the impressive looking All Together Now festival.

Smith and UK indie electro kings Hot Chip, plus Father John Misty, the Damon Albarn-fronted The Good, The Bad and The Queen, Jon Hopkins, Neneh Cherry, the Wailers and Lisa Hannigan with Stargaze will join already announced headliners The National and top Irish indie band Fontaines DC at the festival.

The second staging of the Pod festival takes place from August 2 – 4 and tickets are selling fast, especially on foot of this latest batch of acts.

The Waterford festival, taking place on the leafy 3,000 acre estate, drew 15,000 revellers last year and was the brainchild of John Reynolds, the founder of POD, who passed away suddenly in October.

All Together Now will be set across 16 stages, featuring natural amphitheatres, secret woodland stages, the Belonging Bandstand and more.