Limerick motorists warned of debris in aftermath of Storm Atiyah 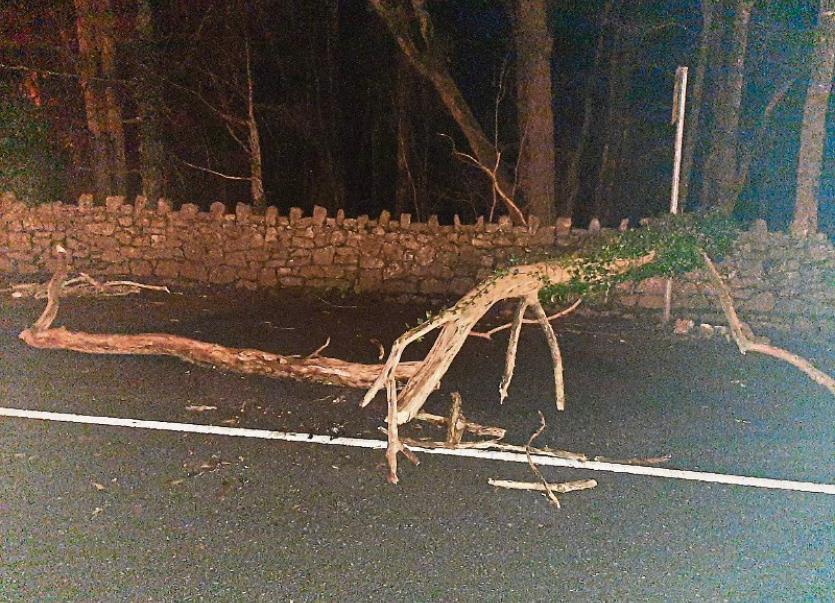 MOTORISTS are being warned to exercise caution this Monday as the cleanup from Storm Atiyah gets underway.

While Limerick escaped the worst of the severe weather, there are reports of some fallen trees and debris on local roads across the city and county.

The R523 between Listowel and Athea remains closed until further notice between the turn-offs for Abbeyfeale and Moyvane due to a fallen tree.

#KERRY Listowel/Athea Rd closed due to a fallen tree: https://t.co/PSzIBsvOzE

A fallen tree is also partially blocking the road at the Castle Walls near Castleconnell.

Several flights due to land at Shannon Airport on Sunday were diverted to Cork and Dublin due to high winds and passengers due to fly this Monday are being advised to check with their airline in advance of travelling.

Meanwhile, ESB Networks says it has restored power to homes and businesses who were left without a supply on Sunday evening.

A status orange wind warning, which came into effect on Sunday afternoon was lifted at 6am.

Strong northwesterly winds will continue to decrease this morning, becoming mostly light to moderate westerly today. A mainly dry, bright day, with sunny spells, but a few scattered showers will occur in the early morning. Maximum temperatures 6 to 9 Celsius. pic.twitter.com/9zPPNHoHQG