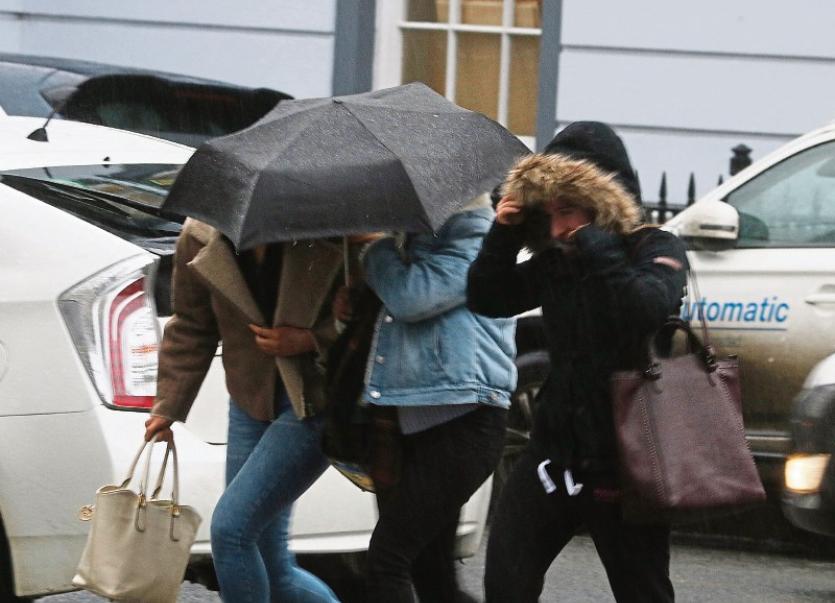 A NUMBER of public events planned for this Sunday have been cancelled or postponed ahead of the arrival of Storm Atiyah.

Some local sporting fixtures across the city and county have been called off as has the switching on of the Remembrance Tree at Milford Care Centre in Castletroy.

“In the interest and safety of our visitors to this event, we have made the decision to postpone our Light up a Memory ceremony this evening. We will reschedule,” said a spokesperson for the organisers of the event which was due to take place at 6pm.

The Toots the Train attraction in the city centre will also not be running this Sunday given the orange weather warning.

*Notice* Due to the orange weather warning in effect for #Limerick tomorrow, Sunday, Toots the Train will not be running. #christmasinlimerick pic.twitter.com/sLD0nCM2Lz

A number of national parks around the country will remain closed this Sunday while the Wild Lights ceremony at Dublin Zoo has also been cancelled.

A national status yellow wind warning remains in place until 1pm when a status orange warning takes effect for Limerick and eight other counties along the West Coast.

Storm Atiyah will bring very windy conditions across the country today. Strong west to southwest winds will increase gale force in the west of the country through the afternoon & into the evening with potentially severe & damaging gusts.

While there have been no major incidents so far, gardai say a tree which fell on the main N69 between Foynes and Tarbert overnight has been cleared and that the road has fully reopened.

Limerick Fire and Rescue is appealing to homeowners to be prepared ahead of the arrival Storm Atiyah.

“Ensure outdoor objects which could be blown away are secured and remove any moss or leaves from drains. Have torches ready and phones charged in case of power cuts,” said a spokesperson.

Advisory from @MetEireann ahead of #StormAtiyah
Ensure outdoor objects which could be blown away are secured and remove any moss/leaves from drains. Have torches ready and phones charged in case of power cuts https://t.co/iMvfmXsu0a

Met Éireann is warning that Storm Atiyah will track between Iceland and Ireland this Sunday, generating very strong winds across the country.

“Southwesterly winds, later veering northwesterly, will reach mean speeds between 65km/h and 80km/h with gusts between 110km/h and 130km/h,” states the orange warning.

“Due to a combination of high seas and storm surge there is a possibility of coastal flooding,” it adds.

ESB Networks says power outages are expected and that its crews are on standby to respond when safe to do so.

#StormAtiya may result in some customers losing supply. Please take note of your MPRN number - for more information on MPRN and how to find it click here https://t.co/8BPPMmizYI pic.twitter.com/eTzMGYaDOg