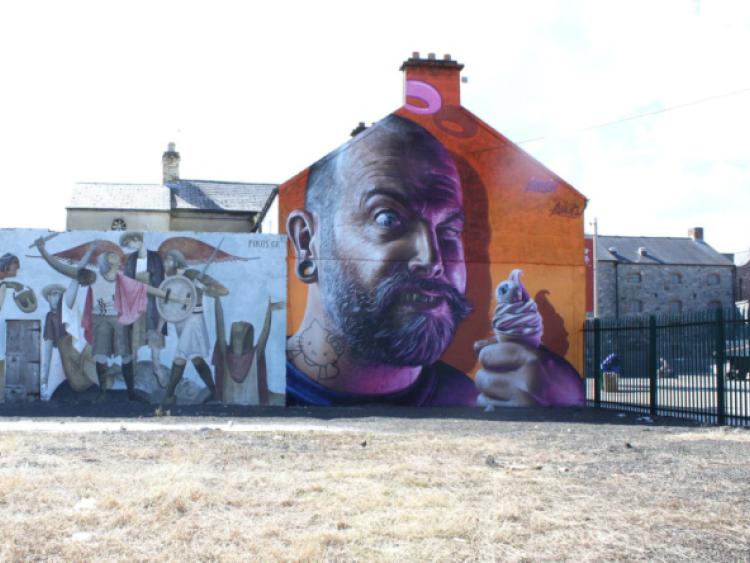 IT MAY not be in keeping with the history of the area, but a massive mural on the side of a house near King John’s Castle has received the approval of locals.

IT MAY not be in keeping with the history of the area, but a massive mural on the side of a house near King John’s Castle has received the approval of locals.

The mural of a man enjoying an eyeball in an ice-cream, spray painted by one of the world’s leading street artists, was reported to have sparked ‘controversy’ in the area, following the €6m redevelopment of the castle.

But locals have given the artist their seal of approval.

The murals, commissioned by Limerick City Council, as part of the ‘Make a Move’ festival, have been welcomed by the Nicholas Street community, according to Sinn Fein city councillor Maurice Quinlivan, in contrast to the practice of graffiti ‘tagging’ across business premises in the city.

The murals were painted by Australian born, Glasgow based artist, Smug, who is regarded as one of the most accomplished street artists in the world.

Labour councillor Tom Shortt said the mural “transforms a rough wall on a derelict site”. “The murals are by leading artists from the contemporary urban art movement painted to a high standard and can be painted over by other artists in years to come and are not permanent unlike some of the embarrassingly poor quality bronze public sculptures we are stuck with erected in the city in recent years.”