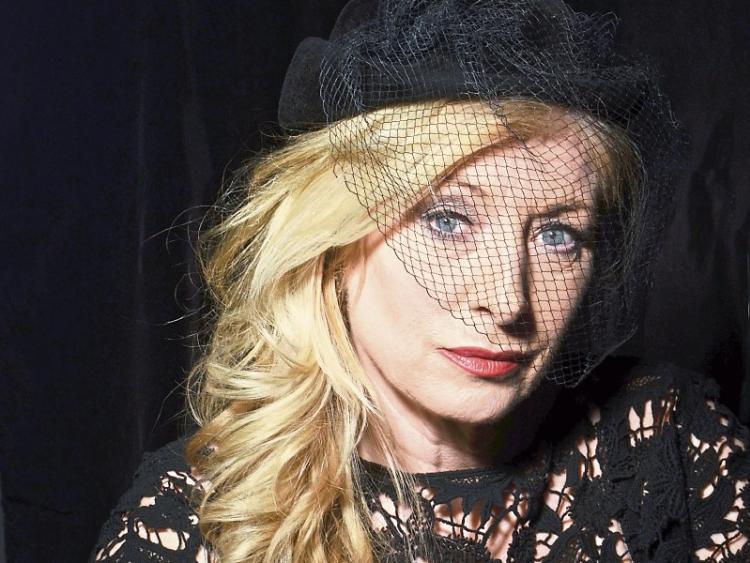 Born in the Rotunda Hospital, Dublin, my mother was from Kildare but moved to Dublin at a young age with her family.

My father was a native of the latter city but his mother was from Carrick-on-Suir. My own mother was a wonderful singer herself and taught me many songs from an early age. Indeed, it was my parents who first took my sister and I to see Doris Day in Calamity Jane when I was only five and from that moment on I knew exactly what I wanted to do with my life.

Although I loved school at Stanhope St Convent in Manor St, I left just before my Intermediate Certificate to join a band.

My parents tried everything to persuade me to stay on but in the end it was my life’s dream. ‘Alan Dee and the Watchtower,’ was the rock band involved and I loved every minute of my time with them. Other big influences down the years have included; Joni Mitchell, Billie Holiday, Ella Fitzgerald and Bonnie Raitt. My first association with Limerick came about when I was asked to perform at the setting-up of the Limerick Jazz Society many years ago. In fact, the late Louis Stewart and I were its first two members which is something we both held dear. After playing here many times I have really come to value the company of Limerick audiences.

I have been singing all kinds of music for most of my life ranging from folk and blues to rock before getting into Jazz in the 1980s.

I love singing it all but not many people remember me singing anything but jazz. However, from the early 1970s until 1982 I was singing rock and travelled around Europe covering American Air Force bases. I even spent two years in Canada. However, it is largely as a jazz singer that I am best known today. That said, I once starred in Neil Jordan’s film, ‘Angel’ and played the role of Toni Kelleher in ‘Fair City’ for a year, many years ago. I even managed a short run in ‘Glenroe’ along the way. Lenny Abrahamson’s ‘Prosperity’ was the last TV drama I was involved in. I, also, appeared for a season in ‘The Live Mike’, with the amazing trio of Dermot Morgan, Fran Dempsey and Mary Ryan. That was great fun but scary as it was live TV, so if you fell on your face it went out regardless. Thankfully, it never happened. I love musical theatre too and was involved in the 1980s for two years both touring and in the Gaiety Theatre. ‘Annie’ in the Olympia Theatre was another show I loved with the inimitable Twink as Miss Hannigan and me as Grace Farrell. I, also, appeared in The Abbey Theatre’s production of Fergus Lenehan and Jim Doherty’s ‘Drama at Inish’, in the early 1970s.

My new show, ‘The Whistling Girl’, with original music written by Trevor Knight, of Auto Da Fé fame, is nothing like anything I have done before but it fits me like a glove.

It feels like I have been waiting for this all of my life. The show, sets the wonderful poetry of American writer and critic Dorothy Parker to song. The band is made up of some of Ireland’s most renowned musicians, Ed Deane (guitar), Garvan Gallagher, (bass), Tom Jamieson, (drums), Ciaran Wilde (sax) and Bill Blackmore, (trumpet).The whole idea was Trevor’s, who played me some recordings of songs back in 2014 and I was hooked. It is wonderful music and Dorothy Parkers’ lyrics, wit, and wisdom, are an inspiration. Listeners are totally captivated, as I was. The show is a mix of rock, blues and darker touches reminiscent of ‘The Doors’ and the synth of ‘Kraftwerk’. Indeed, following the ‘Down with Jazz Festival’ last June at the Grand Social in Dublin, it received rave reviews from Billy O’Hanluain writer and contributor to Arena, The View, and The Arts Show (RTÉ).

We have an album of ‘The Whistling Girl’ coming out to coincide with our tour which is very exciting.

We are, also, taking the show to the Irish Arts Centre in New York in November of this year. We look forward to performing to audiences everywhere and you don’t have to love or to hate jazz to enjoy this unique show. All are welcome and I am certain that they won’t be disappointed. Dorothy Parker was an amazing woman. Out of her time I think. She was a writer and editor of both the New Yorker and Vogue magazines. She was also both an animal rights and human rights activist and was blacklisted during the McCarthy era in America. In the 1930s she even raised millions of dollars for the children of the Spanish revolution. Indeed, she left everything to The Martin Luther King Foundation following her death, (coincidentally 50 years ago this year).

I would encourage anyone interested in taking-up a career on the stage but only if it is their true vocation.

Not everyone gets that ‘lucky break’ of course, so it has to be something you love, more than anything else. It is not an easy life sometimes and you are not always working, so you must have internal reserves to see you through the difficult times. The rewards are huge, however. When you can reach an audience and touch them with a song or a piece of music you have communicated on another level which is the greatest feeling imaginable!

‘The Whistling Girl’ will perform at Friars’ Gate Theatre in Kilmallock on Thursday, September 21 at 8pm. For information phone: 063 98727 or visit the websites: www.friarsgate.ie and www.artlimerick.com Please also see: www.thewhistlinggirl.com; Facebook: The Whistling Girl; and Twitter, Honor Heffernan