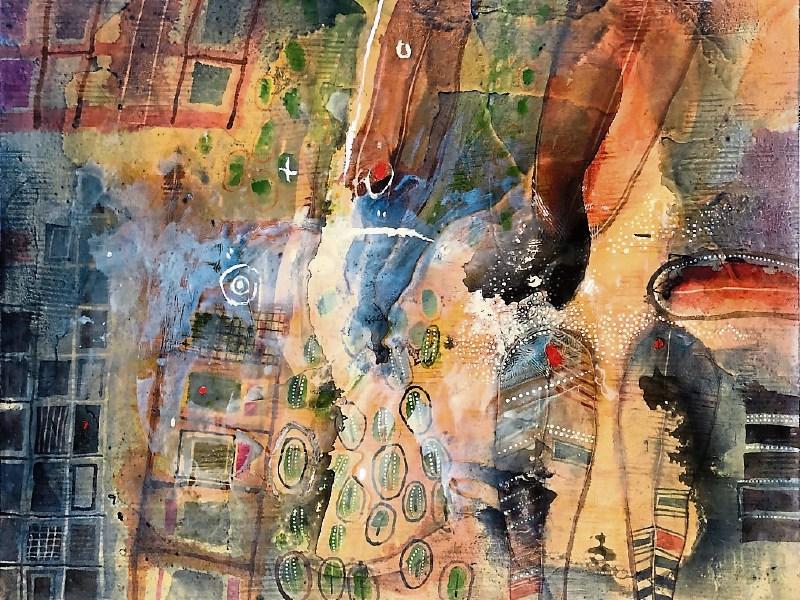 This year the Bahá’í Faith commemorated the fiftieth anniversary of the formation of the first Bahá’í administrative bodies in Limerick and Cork.

As there is no clergy in the Bahá’í Faith, these elected administrative bodies are central to Bahá’í community life. On 23 April the Cork Bahá’í community held a Zoom programme of music, history and sharing videos and photos from the 1970s.

They received many messages of congratulations including tributes from Taoiseach Micheál Martin and Minister for Foreign Affairs, Simon Coveney, acknowledging and thanking the Bahá’í community of Cork for their contribution to the city of Cork.

Later in 2021, to mark the anniversary, the Limerick Bahá’í community hopes to produce a publication about the history of the Bahá’í Faith in Limerick.

If you are old enough to remember the 1970s you may recall Bahá’ís had quite a presence in Limerick at that time. Well-known for playing music and holding concerts, initially they may have been perceived as a cult by the established and dominant religion of Limerick but gradually Bahá’ís found a place in the affections of Limerick people and became part of our diverse identity as a city.

Who are the Bahá’ís?

In thousands upon thousands of locations around the world, the teachings of the Bahá’í Faith inspire individuals and communities as they work to improve their own lives and contribute to the advancement of civilization.

Bahá’í beliefs address such essential themes as the oneness of God and religion, the oneness of humanity and freedom from prejudice, the inherent nobility of the human being, the progressive revelation of religious truth, the development of spiritual qualities, the integration of worship and service, the fundamental equality of the sexes, the harmony between religion and science, the centrality of justice to all human endeavours, the importance of education, and the dynamics of the relationships that are to bind together individuals, communities, and institutions as humanity advances towards its collective maturity.

Bahá’í contribution to culture in Limerick

Is there such a thing as Bahá’í art?’ There are a number of Bahá’í creatives in all arenas of the arts, who are from Limerick. The question is, are these people artists who are Bahá’ís or are they Bahá’ís who are artists? I think the answer is ‘Both.’

When we consider Christian art by masters such as Leonardo da Vinci and Michelangelo, we note that these works were crafted c.1500 years after the establishment of Christianity. Yes, there were works of art in antiquity (especially mosaics) but it took the Renaissance to produce works such as The Last Supper. We learn from this that it takes a long time for a civilisation to emerge and develop its art.

I spoke to Limerick native Pat Murphy, a member of the Limerick Bahá’í Community, who said, “Increasingly, as the centuries roll by you will get Bahá’í art or art that is influenced by the Bahá’í teachings, in the same way as you have paintings and sculptures of Christ, the Madonna, the Pieta, crucifixion and so on.”

Incidentally the long-standing chair of the National Council is Brendan MacNamara, also a native of Limerick, now living in Cork.

The Limerick Bahá’í community does have a commitment to the community-building power of the arts and is very much involved in the cultural life of the city. Just before lockdown in March 2020, the community was on the point of staging Portals, a public exhibition incorporating a variety of arts.

As well as including paintings and sculptures this is an exhibition that also includes poets, photographers and musicians. It is an interactive, experiential exhibition which focuses on an exploration of our shared humanity through creativity. The primary objective of this exhibition is to invite everyone to engage with the idea that art can facilitate connection both within us and between us.

The idea for this collective endeavour originated with a group of artists who are primarily (but not exclusively) Bahá’ís. One of the Central Figures of the Baha'i Faith is known as The Báb (or the Gate) and as the Bicentenary of his birth occurred in 2019, these artists and some of their friends began to explore the concept of gateways and portals.

They looked at how art can allow us to express the otherwise inexpressible and how it can act as a portal allowing for a dynamic coherence between all aspects of our shared human nature.

As it happens, the majority of the artists involved in creating this exhibition are either from Limerick or are LSAD graduates – Vivienne Bogan, Gerry O’Mahony, Carole Anne Floyd, Sabina Nagle, Nick Bromfield, Vincent Flannery and Beth Nagle. These artists are well known in this region and their work is to be found in many public and private collections.

“We hope to go forward with this initiative as soon as everything opens up properly again,” Pat Murphy, told me. “We would particularly love to show the Portals exhibition in a less traditional setting – a space where everyone feels comfortable and welcome to engage with the various arts,” Pat adds.

As renowned English artist, Mark Tobey (also a Bahá’í) put it, “When people of any community learn that art may become a functional part of their life they will find more life and not only that but a new eye and a new ear - and the artist will step down from his ivory tower only glad to become a part of the whole again...”

In 1978, the Irish Bahá’íi community produced an album entitled Peace will Shine. With few resources and a lot of enthusiasm Bahá’í musicians, most of whom were from Limerick, got together and recorded this album in Dennis Allen’s studio. The songs on this album were all original and were written by Bahá’ís.

You can listen to the album on YouTube. A quick read of the song titles including, Work Together, Waves of One Sea and the title track, Peace Will Shine, will demonstrate how their beliefs in the oneness of humanity, justice and diversity influenced these young musicians and song writers.

Peace Will Shine is currently being re-recorded by local Limerick Bahá’ís – another endeavour interrupted by Covid which will, hopefully, be completed in the not too distant future.

As well as proponents of the visual arts, many Bahá’ís from the 1970s to the present day have played in bands both locally and nationally. A well-known Limerick musician who is a member of the Bahá’í Faith is Mike O’ Donovan.

As anyone involved with music in Limerick will know, Mike is an excellent guitarist and pre-Covid regularly played with The Counterfeits in The Commercial Bar.

Mike’s son, Jamin O’Donovan was in the Cork-based band, ‘Fred’ which received a lot of airplay on John Creedon’s radio show. Also in that band was Jamie Hanrahan – both Jamin and Jamie are Bahá’ís. Some people will remember Jamie’s father, Paul Hanrahan, originally from Rathbane, now living in Tralee, who played flute on the streets of Limerick.

He looked like Ian Anderson of Jethro Tull, though some likened him to James Taylor. He made schoolgirls swoon! Others might remember him from the band STAGALEE, based in Tralee but they did a lot of gigs in Limerick.

Bahá’ís who live in Limerick belong to every part of the city and county. They come from every walk of life and are part of who we are in Limerick. As well as contributing to the well-being of our city in their work, they have also made a significant contribution to the cultural life of Limerick for the past fifty years.